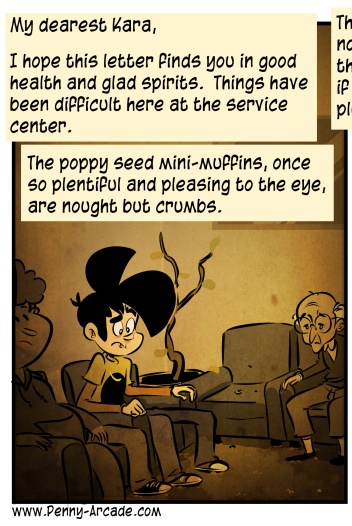 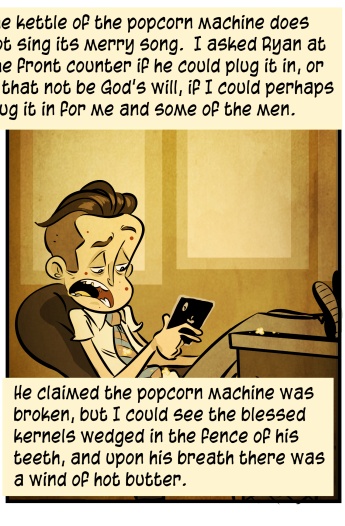 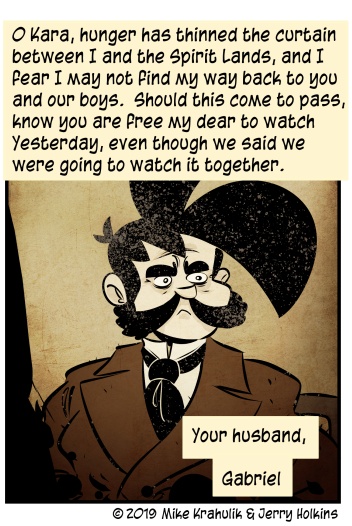 Gabe mentioned it during a Q&A at PAX West, I think it was during the Make A Strip panel, but when he's stuck somewhere he has a very particular way of narrating the experience in his mind. It's an intoxicating format and I'd like to focus on it exclusively from now on, but in the time it took me to type that sentence out I no longer think so. I'm glad we did it this time, though.

Going places and doing things is quite trying for him. Gabriel's natural environment is, like… a bank safe, maybe. I think that a Vault with broadband would be real nice for him. Plus, it has the added benefit of being inconvenient for others to access by design. I've been thinking about it for a few minutes here and I think Vault living for him is all upsides. It's literally called a "safe." That's a symmetry you can really nestle into.

This post is going up Wednesday, whatever the fuck that means, but typically Wednesday means a new episode of The "C" Team which got me thinking in a certain direction. I found a website that purports to tell you when something is happening in PDT once its given a time in Melbourne, and the Acquisitions Incorporated: The "C" Team Halloween Special is actually October 12th, at 5pm PDT for everybody back home. I won't pretend to understand it.. All I'll suggest is that there might be things about time itself that nobody truly knows. 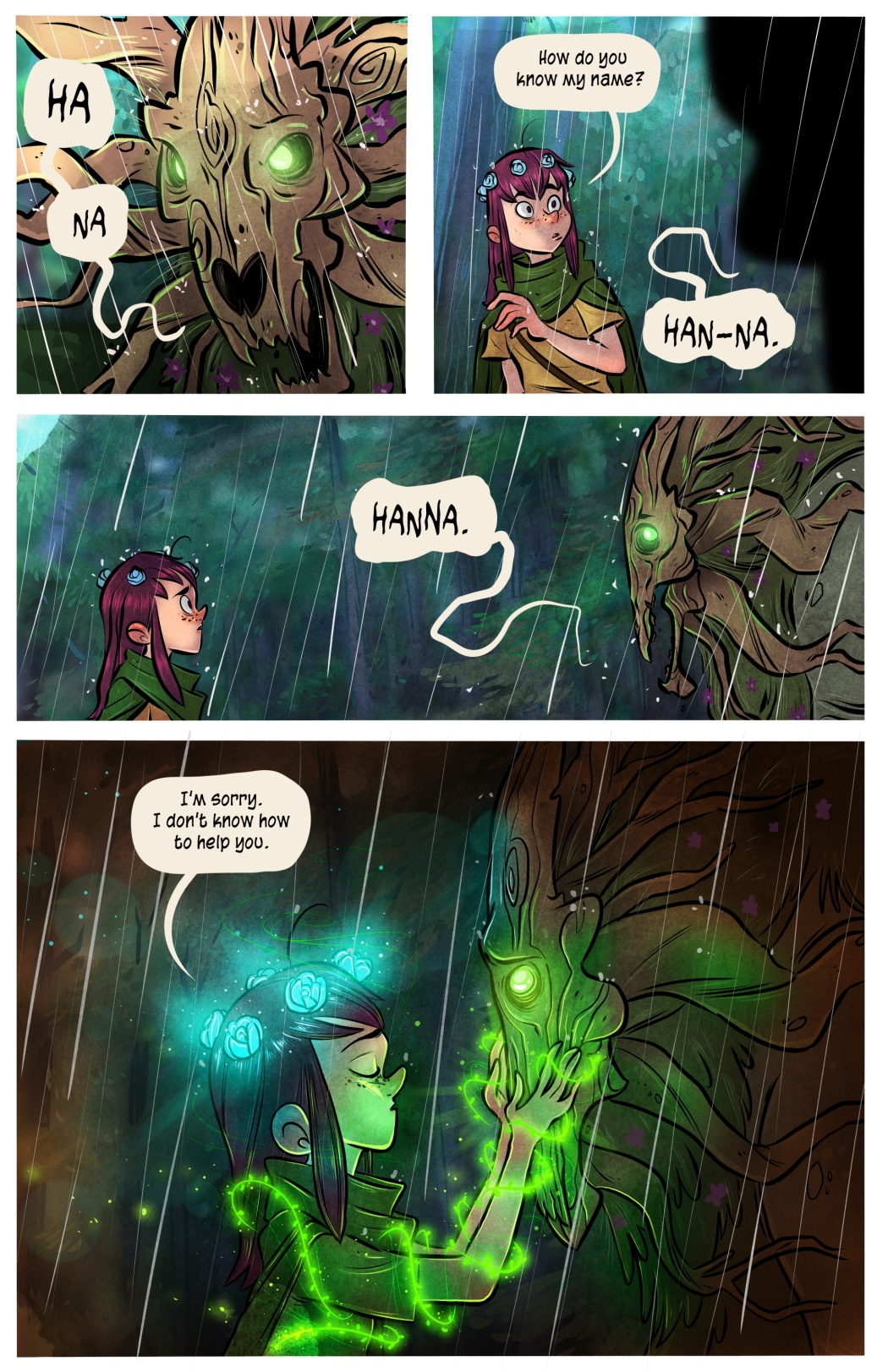