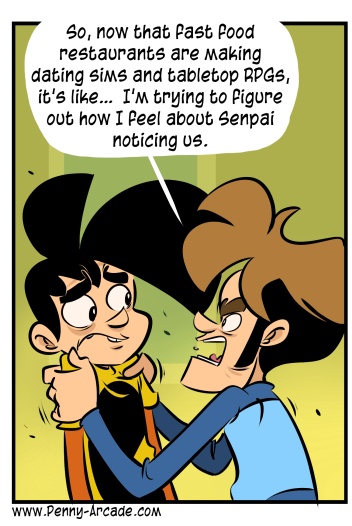 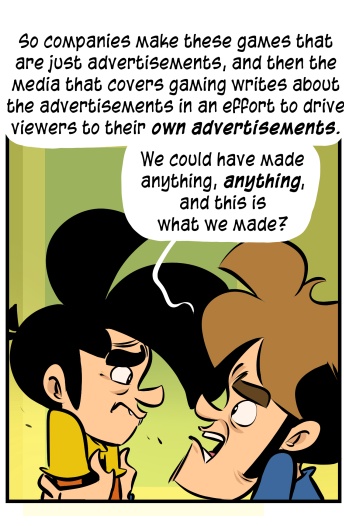 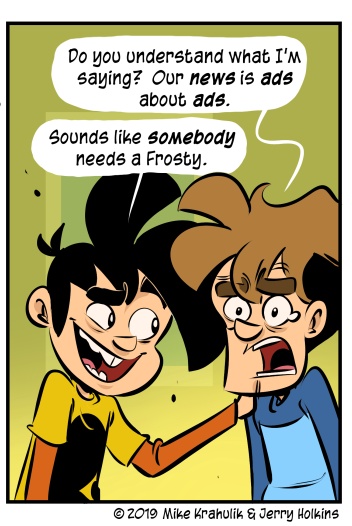 I think it was when I heard Watch The Stove that I started to really get it. The cadre I'm ostensibly in, Generation X, was notoriously resistant to traditional advertising - but God damn. Once we got on, we've brought a kind of sinister genius to the field. It's pretty anime, when you think about it. We were asymptomatic carriers.

I think the complaint about a generation being resistant to advertising might just be a common refrain from advertisers though, whose efforts to corral youthful vigor into their Great Consumer Taxonomy are stymied at every turn by culture's developed immunity. I keep trying to figure out if I prefer advertising that knows and explicitly announces its intentions, as opposed to the more subtle lures, but Advertising as Content is still advertising and should be recognized in the same light. The KFC Dating Sim - some compulsion I can't withstand forces me to add the broader descriptor, "Visual Novel" - is out there and somehow, despite every moral objection, all too real. And now Wendy's has entered the arena with a tabletop RPG where your class is what you like to order there and you get debuffs when you eat their competitor's food. It's hard to be mad because it's there's no subterfuge. These efforts are deeply silly. I wasn't aware, before any of this, that Wendy's was particular in its morally diminished state. Ironically, that has been the primary payload of their campaign for me thus far.

But there's no way to describe this marketing without providing a conduit for their necromancy. And if I had to compress this idea down into a kind of crystal you could carry around with you, I'd say it like this: that the trap we've allowed them to build around us is like a malevolent, eternal Ikea, it has a single purpose and that purpose is not human flourishing. Ikea is also a brand. Incredibly, and I defy you to defy me on this point, in this twilight age we "advertise" our morality primarily by telling others what to buy and what not to buy. We're define ourselves by our relation to brands and our economic activity. It's getting to the point where I think I prefer church.

It's a funhouse mirror situation when it comes to describing how these things operate except the house isn't fun. I gotta pack for Aus now; these will be fun thoughts to think about for the next, oh, day.

I'm not going to be around to kick it, indeed, I'm almost certainly being translated into the Warp while you read this - preparing to be buffeted by psychic winds and clawed by innumerable devils (I'm flying Economy). But The Notorious EJB will be behind the bar for Acquisitions Intoxicated like usual, and he's got special guests The Adams from Game To Grow who specialize in using tabletop role-playing games to build social skills and deliver therapy. Stop by the stream on Tuesday, noon PDT. 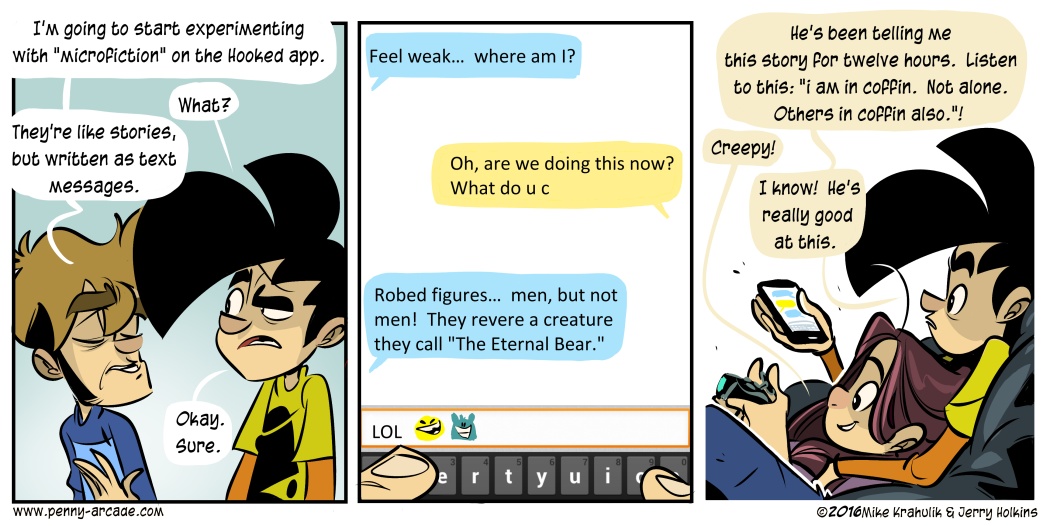