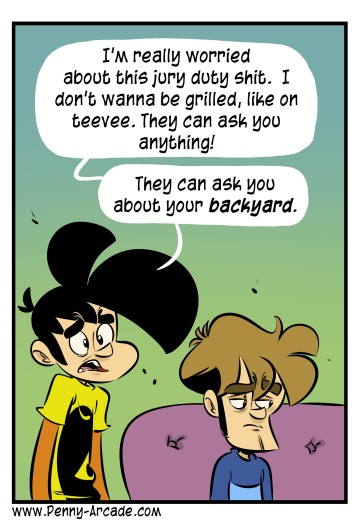 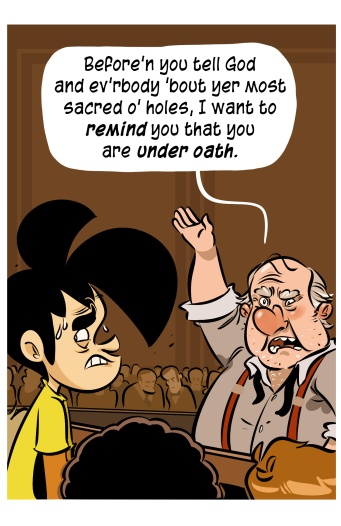 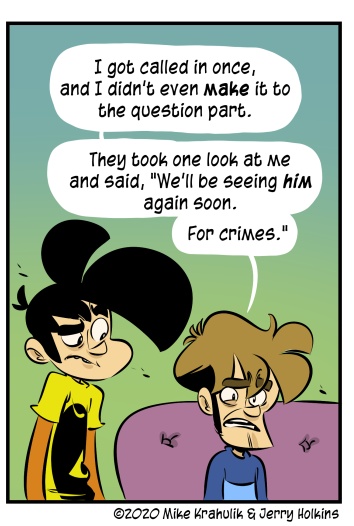 Gabe has Jury Duty later this month, and he's worried about it, because… I mean, what's not to worry about. It's meeting new people in a new place under new circumstances he has no control over. It's essentially a device purpose-built to shred Mikes.

As suggested stripwise, I sort of have a preview of this, which is that most people they call in don't serve anyway. It's a subset of a subset that does the actual thing, and lawyers have opinions about who they want in there. I wasn't selected either time they called me in, I assume because I'm just, like… I mean, a lot of people choose not to spend time with me. Statistically speaking, not being around me is the norm. I'm fucking ready to do my civic duty or whatever! Nobody will even let me, and it might be the same here. I feel confident that when the anxiety blooms off of him in a smoking, heavy cloud they'll see what I see in him. The only difference being that I actually like that.

I was thinking about Teraflops again, and how they're fine, but it also made me think about what it is I actually use the Xbox for: and that's playing games on Game Pass.

I'm trying to remember when exactly this started, but the entire machine is essentially a device I use to play games inside a subscription. Well, and Call of Duty for a couple weeks after it comes out. I browse it like Netflix and, like Netflix, I stop about two or three hours into most things. But between the rotating collections on Xbox, PC, and Gold - PC in particular has some genuinely surprising, borderline kinky curation - that's a lot of shit. Are they mad at that? That the Xbox is, like… a Roku or something? I'm not sure they are. And I'm not even sure it's a bad deal to own one for this purpose - what I don't know is what the motivation to upgrade the "player" is. The Xbox One X is already kind of a beast where current console hardware sits from a performance perspective. On Monday I'll talk about some of the cool shit they surface in there, but until then, I guess we were always gonna have to consider when the Console War would reach its guerrilla phase. 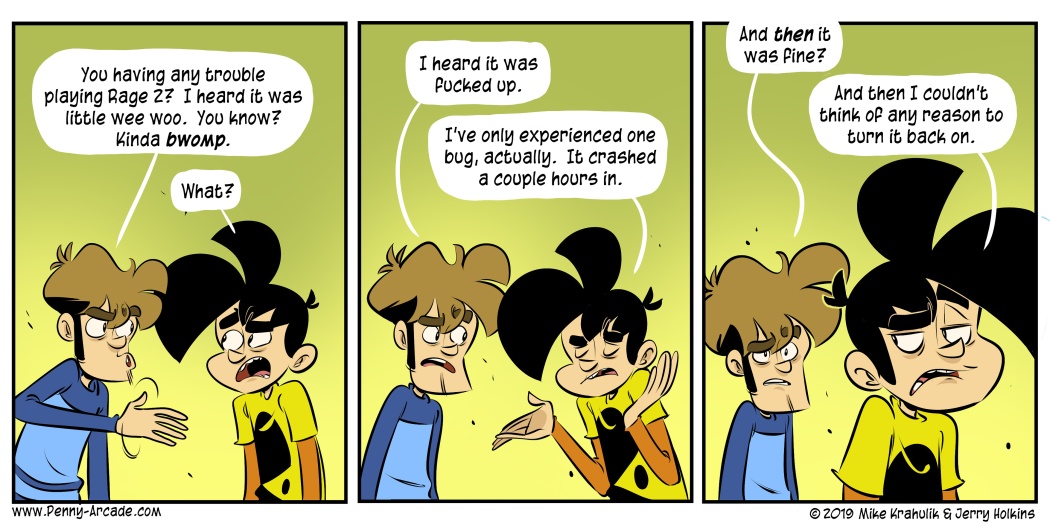