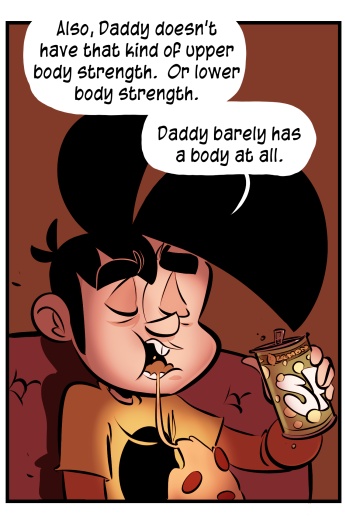 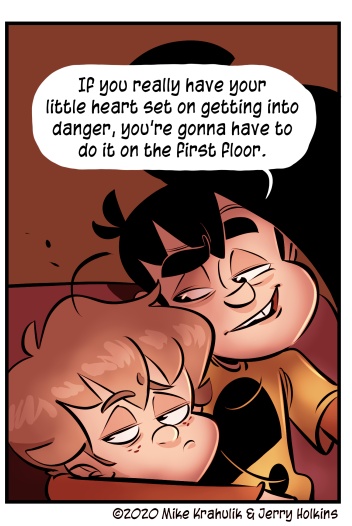 I think of my own father, who was a kind of symbol whose every whorl and serif constituted an insoluble, male maze, and myself, who is essentially just unpaid IT, and I'm glad there's no licensing requirement for fatherhood because no dad I know would be granted it.

I certainly can't compete with Dwayne Johnson, who is called The Rock and is The Rock. I can't compete with this stone man. The optimal scenario I think would be if my children can't print. Or, if they got stuck near the end of a puzzle room themed after classic science fiction and I had the time directly after theirs. Like, maybe it's a Bradbury thing. That would allow me to engage in a very particular kind of heroism that doesn't meaningfully impact the schedule. If there's a warg or something, that's right out.

And I say that, but… sometimes people link me to Further Intrusions Of Actual Life, where I talk about My Dad and The Wasps among other things, and I've always assumed that in a similar situation I would be more or less crushed beneath it. But it didn't happen that way.

I was at some kind of Camp with Ronia, and she and her friend were (as was often the case) preparing for some kind of Concert where I was one of two audience members. The venue was in the Woods, and Backstage here consisted of the only log big enough for them both to hide behind.

They erupted from the log with the zeal and energy of true performers, with a peal of intense vocal power that seemed as though it had leapt from their Warrior Poet Souls but was in fact deeply Wasp related. Apparently Wasps also appreciated this fallen trunk, and it was fit for their purpose as well.

I remember everything that happened in flawless detail, even though they're things I wouldn't consider doing; grabbing handfuls of wasps, I combed no less than ten wasps out of her hair with my bare hands, swept more off her shoulder. I had booted directly into the BIOS; the mind was all cool grey text on jet black background. There are only two items here: protect, and survive. In that order. I didn't feel the stings until much, much later.