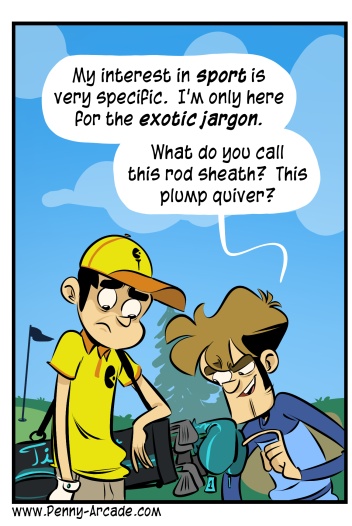 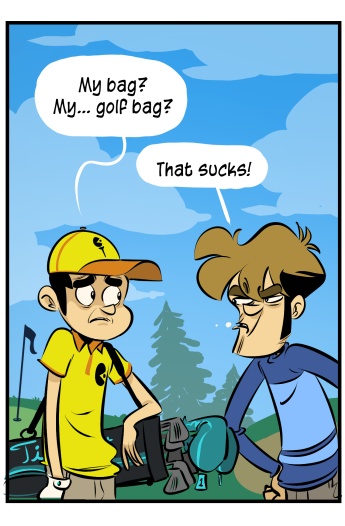 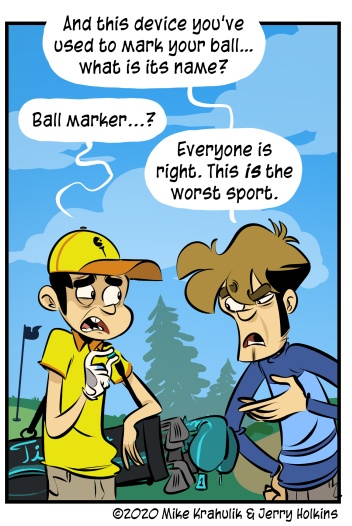 I think I have had fun every time I've been golfing. That said, I rarely play; I'm there primarily to engage in anthropology.

A lot of the weirder terminology of golf has been worn smooth by its professionalization, but even a Hole In One is still understood to be an Eagle, and the scoring structure is replete with iconic birds. The real meat for the linguaphile is in deprecated terms, and this Wikipedia page is replete with them. If you can't find yourself nourished by terms like Mashie-Niblick, Baffing Spoon, Cleek, or Sabbath Sticks you don't have an ounce of blood in your body.

One of the things I still want to do is to is create a boardgame that combines tense, technical golf with unrelenting gothic - perhaps even golfic - horror. That's enunciated most richly in this ancient strip, which references Golgolfa, "The Onyx Palace Of The Nine Portals." It used to just be what I would talk about while driving The Gribbler around the courses we were playing on, but if I've thought about it consistently for more than a decade, embroidering it in every free moment, I should probably be paying attention.

Though it pains me to reveal it, there will be NO Motorsport Manager stream this afternoon. I know! It's not my favorite. But we have a lot to film for PAX Online, and some of that is happening today. So stay #HongStrong until next week, and rest in the knowledge that

1. We are filming something cool, and
2. You will like it a lot. Plus, it's always good to see [REDACTED], [REDACTED], and especially [REDACTED]. Haven't seen her in a while. 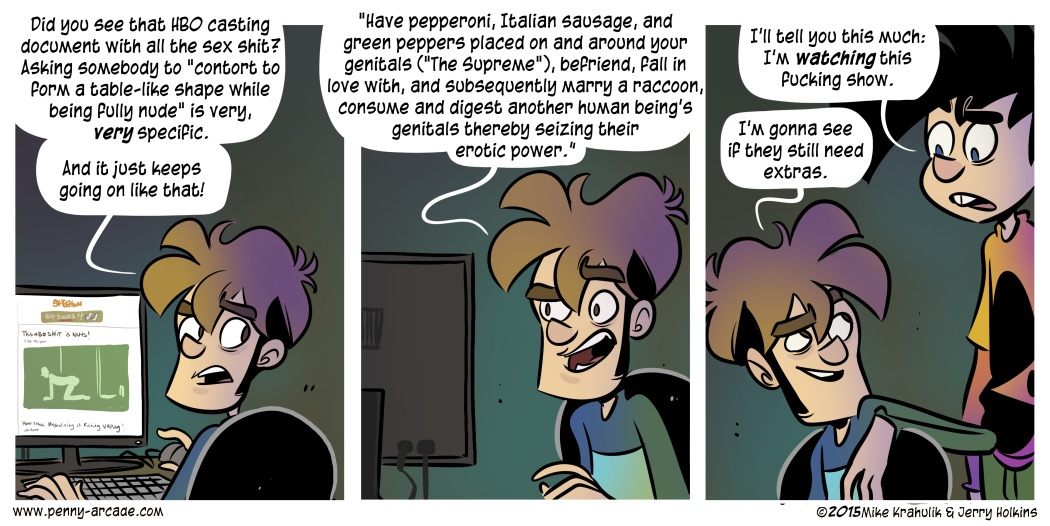