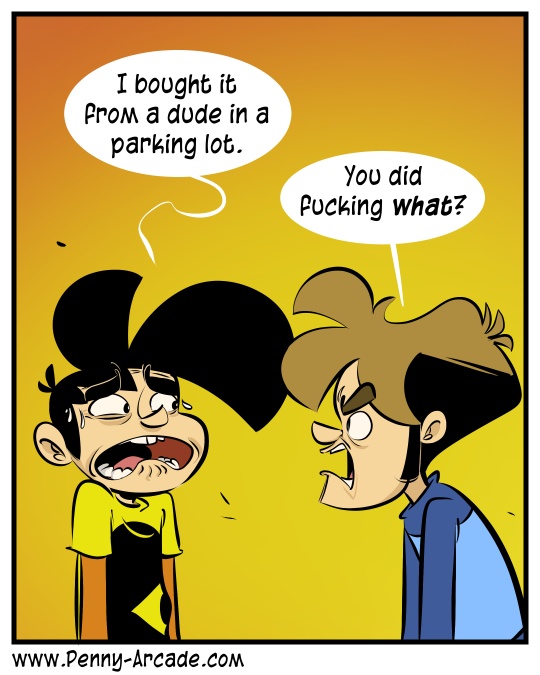 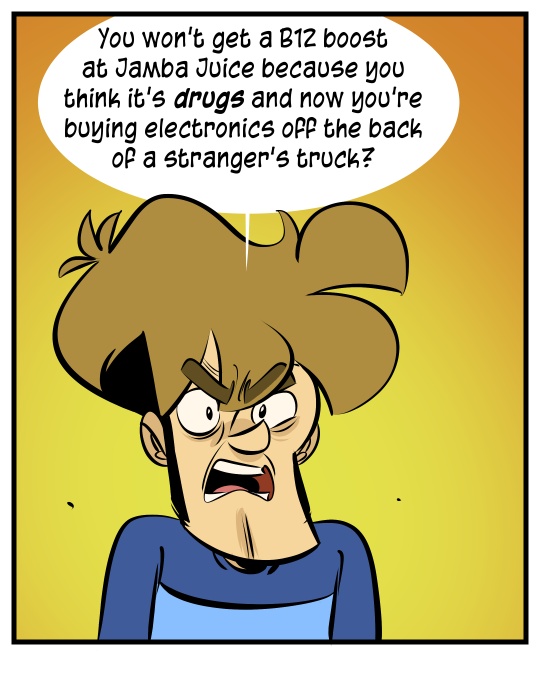 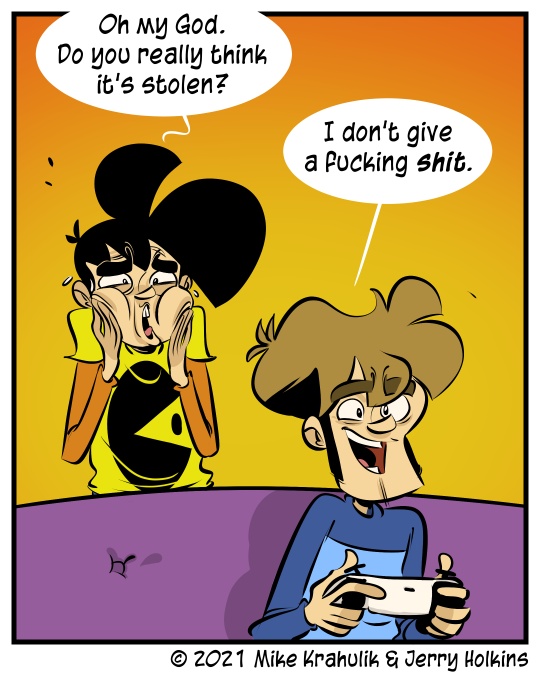 He already told you the rest of the story behind the comic, because he actually knows it on account of being there, but I learned a lot from the tale also - and maybe, I learned a little bit about myself, too.

I didn't actually learn anything about myself. I share the frustrations of others regarding my opacity and frustrating mode of speech. But! The main takeaway from all this nonsense, and it makes sense if you really break it down, is that if a console is available for purchase it increases the chances of it being bought. It's not a guarantee, by any means. But there's definitely a correlation here that's worth considering.

It ain't the golden age of much, these are not "the days," unless we narrow the observation band strictly to Psychopathy. Then you'll see some spikes in the data. But it'd be hard to claim that Deckbuilders - electronic games in an exciting new genre called Buy To Own - aren't delivering the fucking hits right now.

They're compatible way, way down with Roguelikes, the other thing that's happening now, and where these two eldritch lines cross the intensity goes up. I don't know enough about For The Warp to help anyone yet, other than to say I saw something looked like a sci-fi deckbuilding game swiped right on Minesweeper and I immediately gave them my money.

I've been playing the early access game Vault of the Void whenever I can sneak in here the last few days, and especially after the last patch which really, really increased the legibility of the game's mechanics I wanted to make sure people knew what was up with this thing. That kind of improvement is sort of in tune with the whole vibe - it tries to give you a lot more information about where you can go and what will happen when you do than is normal. Instead of having a single deck you tune the whole time, you collect cards - just like in real life - and you can modify your 20 card deck whenever you want. You can essentially turn your hand cards into mana at any time, occasionally with extra bonuses for doing so, and mana stays from round to round, which makes the game about planning as opposed to reacting. You know how much damage enemies will do this round if you don't block, but you also know how much they'll do next turn. I don't have a good handle on the third class yet, it's the glass cannon wizard thing but the way it's balanced feels kind of weird to me, but in the other cases you're setting up and being rewarded for these satisfying loops - perimeter oscillations, if you will - and calculating them feels nourishing to the mind. It's just a very generous game that even in Early Access has a lot of great touches. Keep an eye on it.