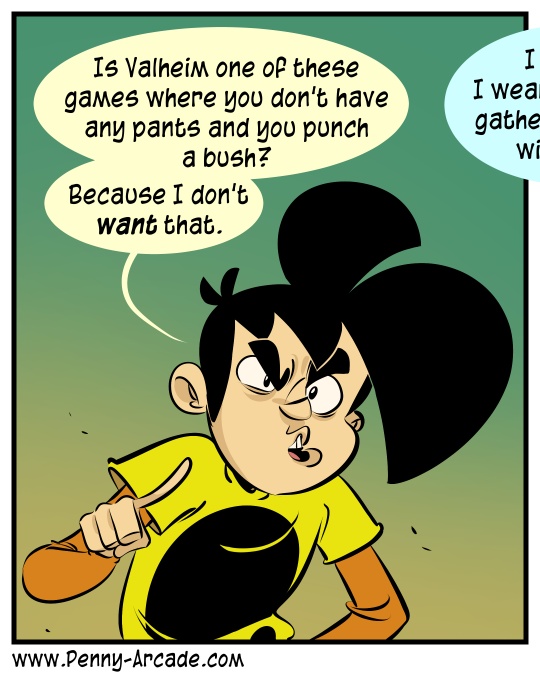 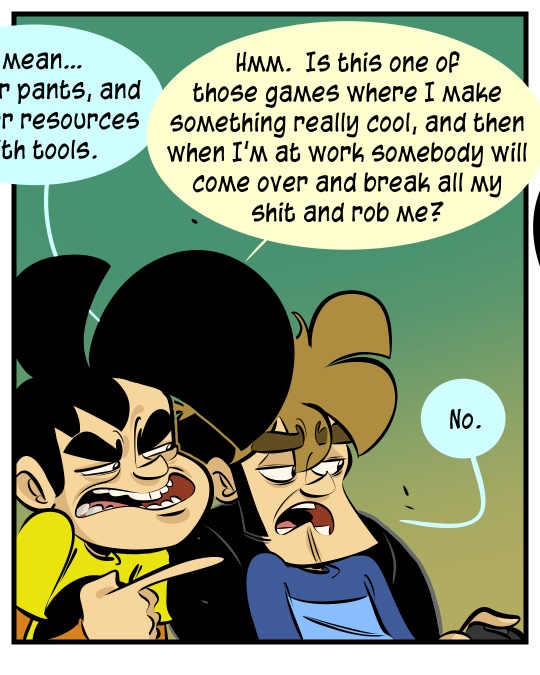 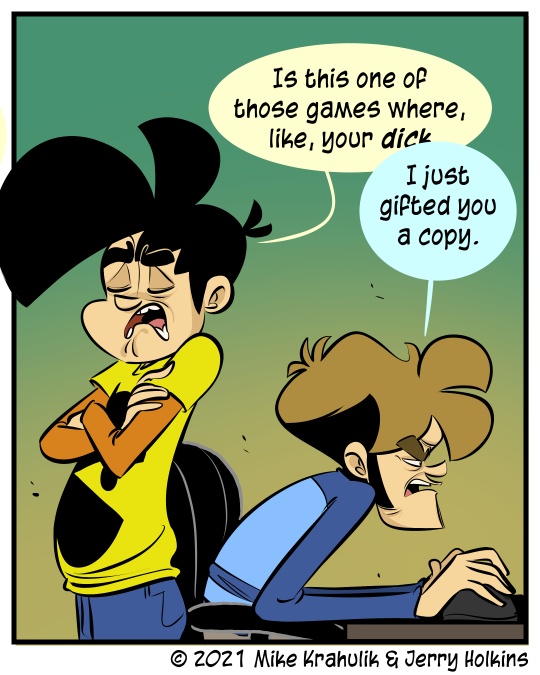 I'll talk more about Valheim later, after I've played more. But I'd say that's the main takeaway - it's my intention to play a lot more, with more people.

The most important thing to discuss at this juncture is the strange polearm in Wednesday's strip, up in the attic:

When Mikhail was drawing the strip on the stream, talk turned - as it invariably does - to being hoist by one's own petard. There is a seemingly endless supply of petards, and hoists, and the interplay between them in this doomed era easily expands to fill the available hours. I recently made the following assertion in a post about the Snyder Cut:

"I'd never accept a task like this; it'd be like someone paying you to build an elaborate, multimillion dollar petard hoist designed explicitly to hoist your own petard."

I imagined that a petard was in some way related to a tabard, like the kind you wore with your guildies in Ironforge or wherever the vile and treacherous Horde cavorts. Obviously, there's a lot of excess fabric; it's easy to imagine the hook from a nearby hoist catching it in some way, even if you are just cranking it up yourself to get it ready for the next thing in need of elevation. Imagine it: you're winding like crazy, and then - bam! You're a couple feet off the ground. Hilarious! And a cautionary tale about indiscriminate cranking that has endured throughout the ages.

The device Gabriel has placed here in the foreground of the strip is a petard - to his thinking, a petard is something like a Guisarme, a hooked martial weapon whose long pole and curved blade might lend itself to a startling hoist. It's almost impossible to truly relate how wrong we both were.

As I learned from a reader after I revealed my ignorance in the post, "hoist with his own petard" means to have something blow up in your face. A petard is something like a breaching charge. It's not a pointy stick and it's not a WoW tabard. My favorite thing about it is that every one of these is completely different, and only one is correct, but we all knew what the phrase meant rhetorically. I've been delighted about it for days.

I'm not technically home, or even literally home.  I'm not home!  So I can't manage motorsports, which is a bummer because last week we got this shit back on track - truly locking in another year of our storied career with two cars in the points.  That said, I have every confidence you will find yourselves well served by the stream from ten or so on.