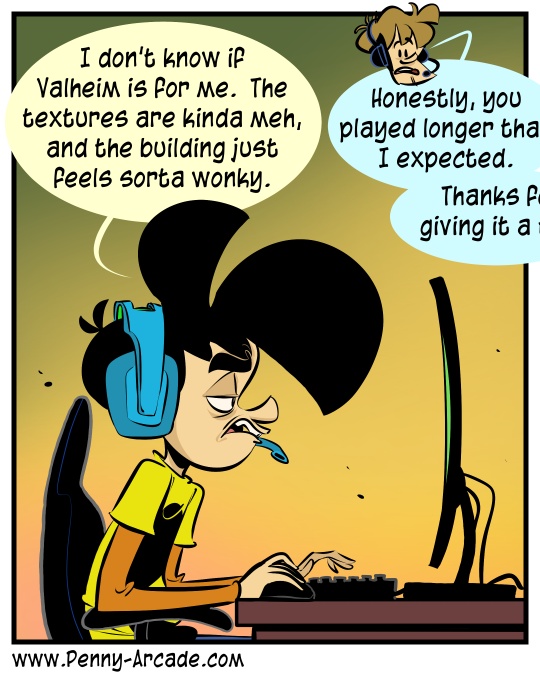 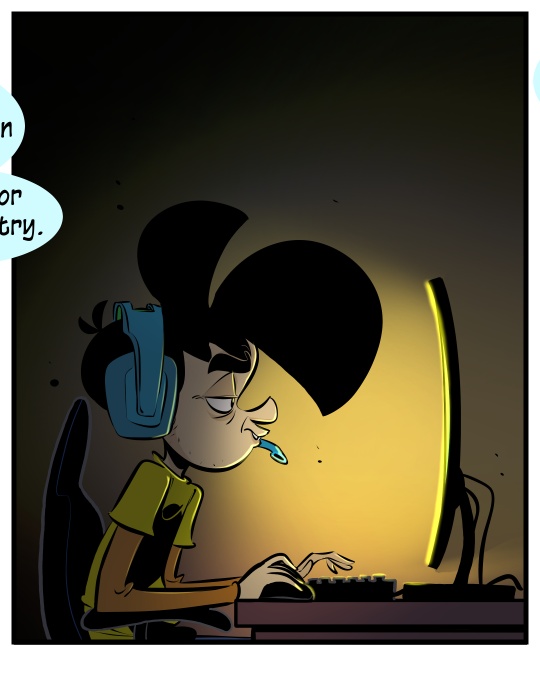 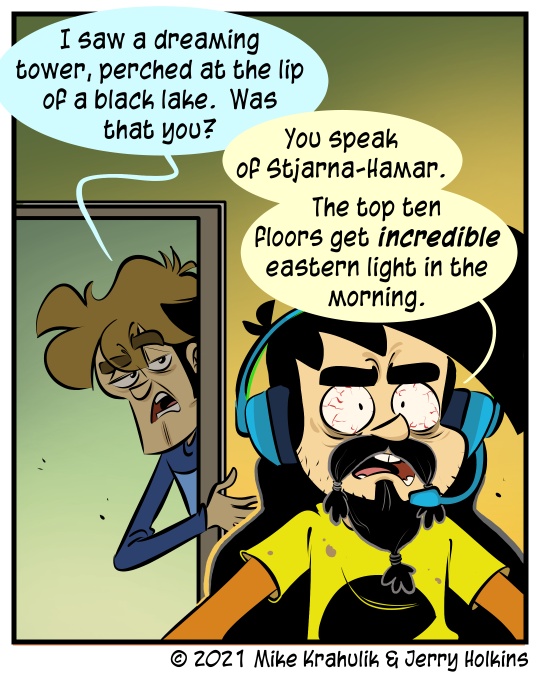 I think the first time I ever saw "PS1, but as a vibe" was Due Process, a 5v5 tactical shooter I saw at PAX East a few years back. Valheim has got some hearty pixels, but then it has incredible light that shows them things off with incredible clarity. Depending on the time of day, these poofy gentlemen go from muted, impressionistic agents of color to crisp hyper-reality under a flash of lightning. It's just a pleasure to be there. To live there. To return to.

Mike, Kara, Noah, and myself don't really play the same game as Gabriel the Younger and his band of Teen Raiders, even though it's ostensibly the same server. I only see them when they return home for snacks and leave in their longboat. I suspect this dynamic is probably very common on Minecraft servers, groups with playstyles so divergent that they're functionally parallel, but because I never spent serious time becoming part of a server's culture I haven't really seen it. The one time I spent a few days on a Minecraft server my only act was harvesting just enough wood to make signs so I could establish canonical names for geological phenomena. All we care about in Valheim is making a beautiful place. We're informed through global announcements when the elder boys kill a boss I've never seen with my own eyes. They do this beyond the horizon, while we finish the road from Vorkheim to the old settlement. We stack the stones and wood neatly along the road in consideration of our future selves.

The publisher, Coffee Stain, has the kind of record now that makes me automatically interested in everything they put out. You can go back to the Sanctum games, or even Goat Simulator, but three times now - with Deep Rock Galactic, Satisfactory, and now Valheim - they've found gold in this co-op sandbox space that has got to be the most reliably gifted genre in history. A million sales were announced on February 10th, and three million sales on February 19th. They sold a million copies this week. The team, Iron Gate Studios, is like five fucking people.

Coffee Stain is also, apparently, trying to Hero a Might And Magic, via a game called Songs of Conquest whose trailer doesn't communicate much aside from the fact that I would buy whatever it is trying to sell.