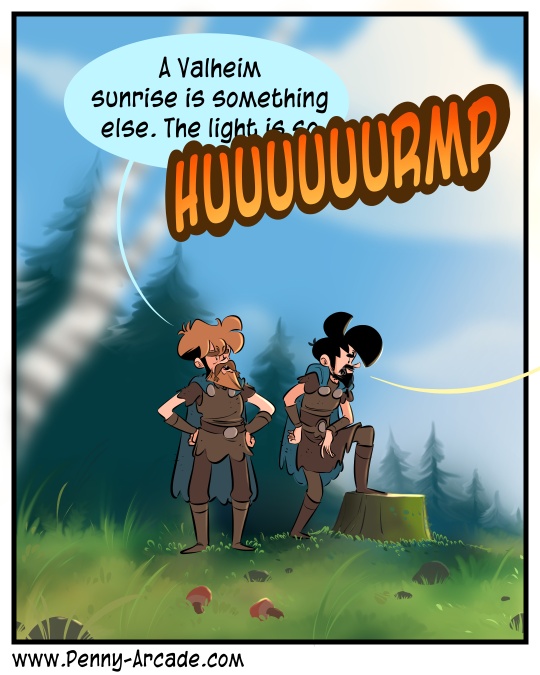 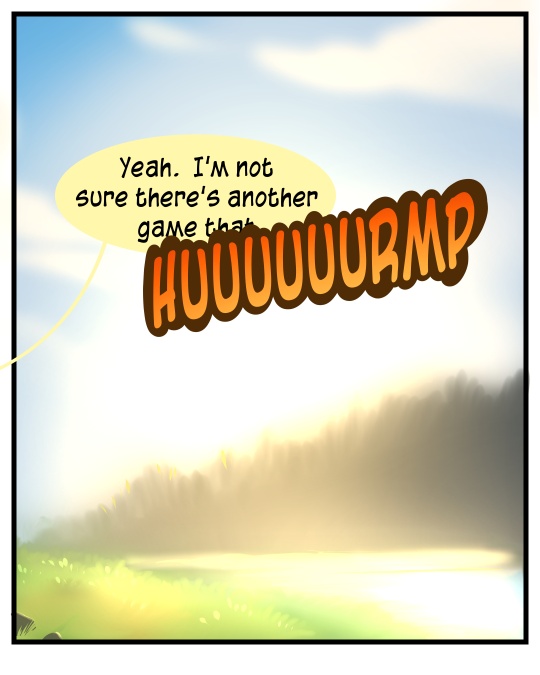 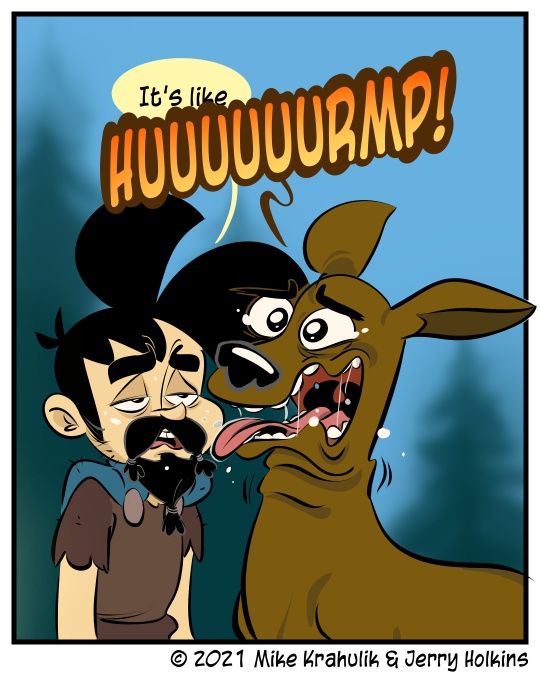 Okay. So. Since the last time we talked on Monday, where I was like, "I guess Valheim sold a million copies this week," they just announced that they sold another million copies. You know, sometimes you look at the roadmap for an Early Access game you've bought, and you wonder if you're gonna see any of that stuff. I think we might actually see all that stuff. I can't imagine the pressure. Might be time to hire that sixth employee...?

We've consolidated in Vorkheim now, it's attached to the mystical portal nexus the boys invented. I have a sense of how they've put these together, I think it requires a lot of Eyeballs, but I've never actually done it myself. I've been way too busy sailing to the island east of us - let's call it Dvergrheim, because they definitely fucking live there - just to get the kinda bronze throughput we need to go after the Swamp. I understand it's bad. That definitely tracks with other Swamps, it's all there in the data. I just know they have iron there which I need to make an even more ridiculous mead hall than the one I already built. I have read that iron is also useful for making incredibly hard clothes but until I start dying a lot all iron is going directly into the Svartrafn and that's what's up.

A scourge greater than any other is the honking of deer. I feel like I've heard deer! I know what sounds they make. I don't know what sounds these deer are making. Obviously, putting a stop to the sound is a straightforward process. Well, sorta. For hoofed ruminants these beasts have certainly mastered the Serpentine. But they have a lot to say on a variety of topics and twenty hours in I feel like I've heard it. I'm familiar with their position on… rocks.

Eric (Edge Benson, Notorious EJB, etc.) from Acquisitions Intoxicated and I were playing on our own server for a while, clambering up the tech tree, until it became clear that it was way more fun to make a massive village together, venturing into the twilight woods to all strike a vein of copper at the same time. Your character is completely portable. Out of a concern for balance, you can't walk through teleporters with a lot of metals. It's okay to be mad at it but the main thing it does is emphasize the need for multiple functional settlements which I can't bring myself to hate. What you can do is go to another world for resources and bring them back. It's strange to think of the homestead we clawed out of the hostile earth as nothing more than spare parts but the thought is getting less strange by the hour.