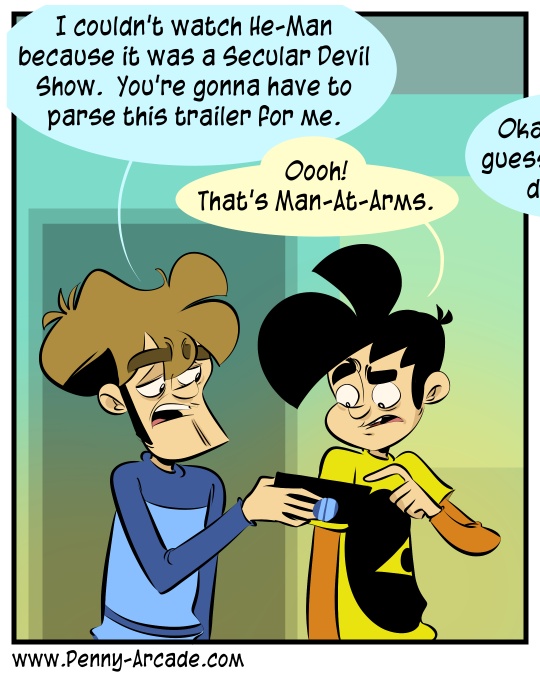 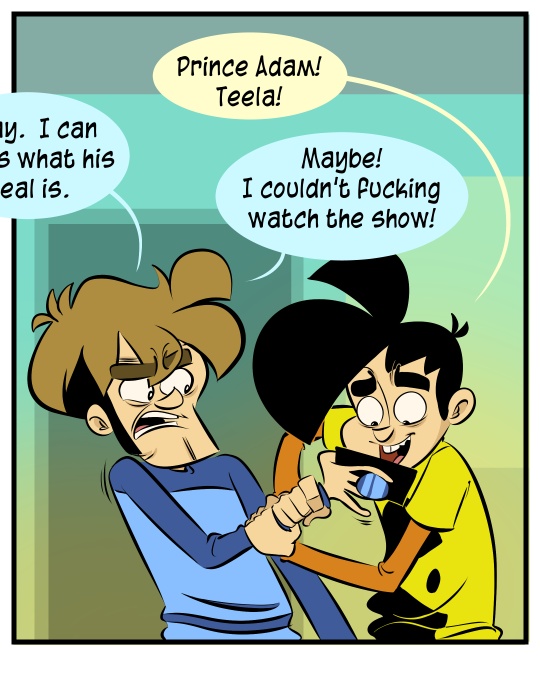 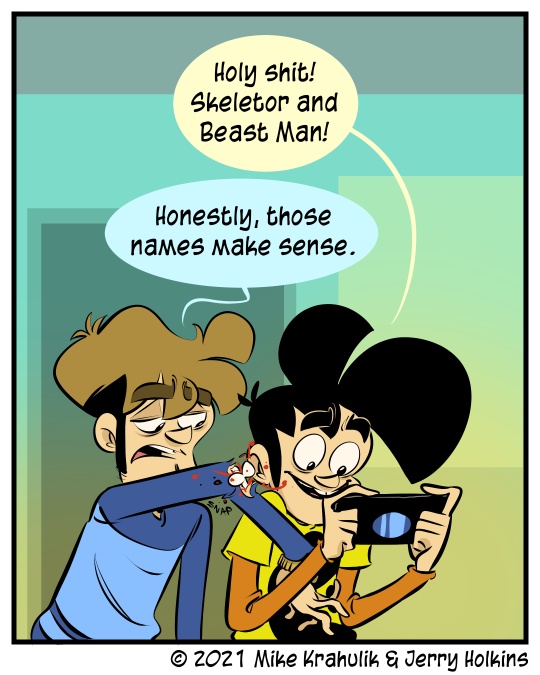 I genuinely don't know a lot about He-Man, although my friend Damon had a Battle Armor He-Man whose inner workings perpetually mystified me. You could strike the breastplate, and every time it would reveal a progressively more damaged version until it was perfect again. What a terrifying foe. Strike your enemy dead in the chest three times to… perfect him? I'm not fucking fighting this guy. That explains the raft of robots, weird snake guys, and bipedal insects he's has to contend with. He's almost certainly murdered everyone else, except for the one guy whose face is already a skull.

I thought the trailer looked pretty wild. She-Ra on Netflix seemed like a reboot of the whole thing; I didn't have to see the original to know that they were on some other shit.  The whole family watched and enjoyed it, which almost never happens here.  I wondered if they were trying to do some kind of reboot of the shared brand, but this He-Man thing seems more like… well, from an outsider's perspective, it looks sorta like He-Man.

It's time to Manage Motorsports yet again, as we get right down into the action with Gabir Motorsports - proud member of the Dragon Race Team China of automotive brands. We're heading into the back half of the season now, where our factory is fairly consistently delivering podium quality parts. With the rainy season coming in, can Gabir Motors maintain its momentum? And what's this we hear about The Hogfather's new album? Find out today at 2pm PDT, only on Twinch.

The Gods Of The Threshold