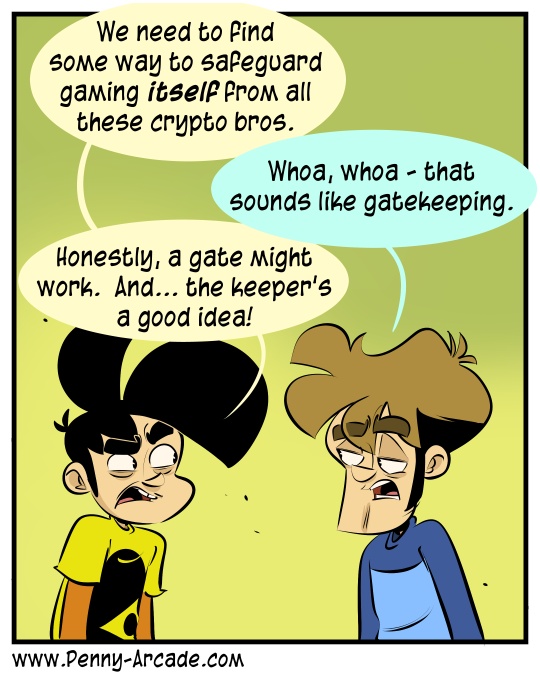 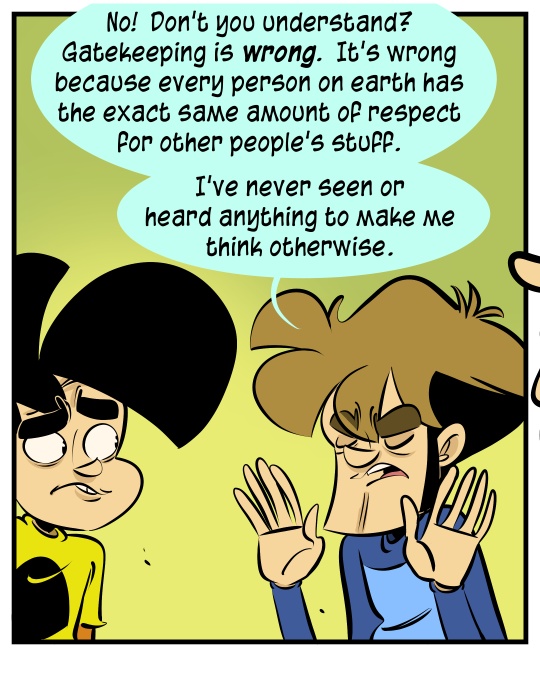 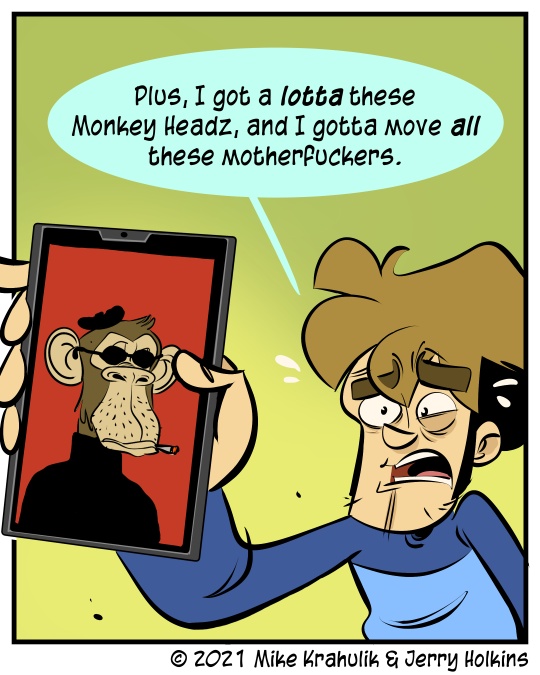 Whenever we start scrolling for news right now, ever in search of grist, it's always some kind of NFT thing. I don't even remember what set Gabe off this time - there are many axes upon which to find this stuff distasteful, but generally for him the aesthetics of what is on offer is sufficient to inspire loathing.

You can't really escape it, in part because the SEO on these conversations - regardless of your polarity on the subject - must be Herculean in nature. It has the same dynamics as any wedge issue in politics. And while the Tokens or the coins you buy them with represent material computing work, their value is a meme. This means that people who decry them are enemies, because they will not clap hard enough to bring their fairies back to life. It also means that these things can be memed into primacy the same way any other meme travels and swells.

Bitcoin itself seems to have its own set of dynamics, and I think it's worth making some demarcations here, but… they're functionally Internet native organisms; I can't look away from this shit. This particular type of FOMO pump doesn't work on me, but I'm conscious of the dynamics. As I said before, I don't think we can stop this really. We need to be thinking about harm minimization, the equivalent of needle exchanges or gun buybacks or something. Hopefully I can place all my Super Chimps in good homes before then.

Remember that there is no Acquisitions Incorporated: The "C" Team today - rather, there is a marathon of everybody's favorite episodes. I believe my pick to be very curatorial! This marathon has already begun, and awaits you on what sages call "the Twitch."