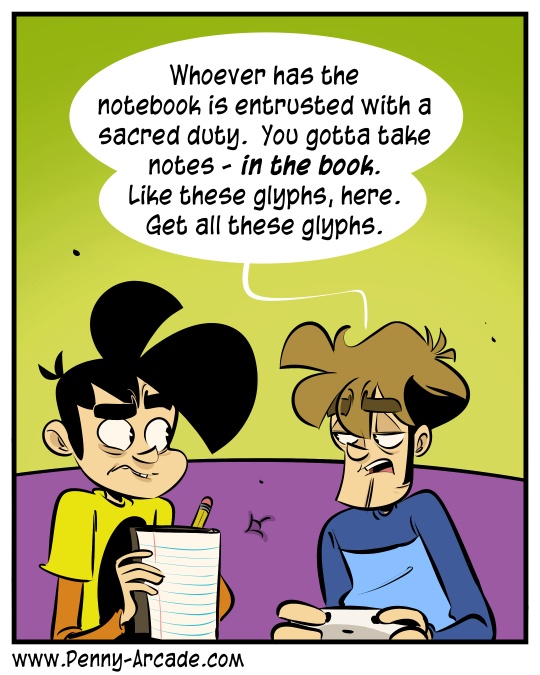 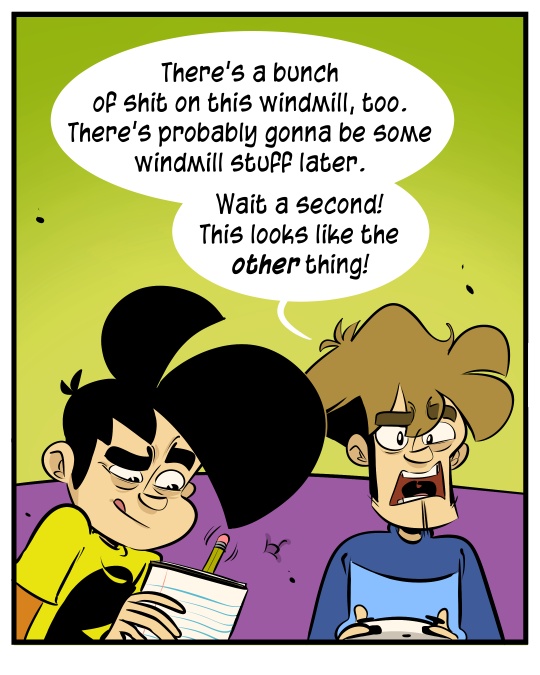 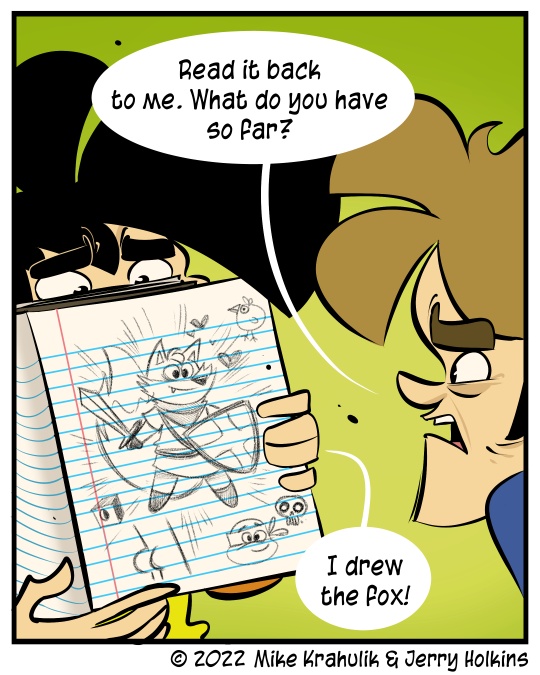 I made sure to have a notepad with me, because that's what you do when you are playing tricky games with your friends. You write important things in the book! That is, you write them down if you are a good and true ally. You pay close attention to the shadows that are cast when the sun is at its zenith - you ponder the reliefs and objet d'art, the statuaries, the occasional mysterious shrub. That is certainly what I did. Some do not do this! Some do other things.

The thing is… so, there's a lot I can't or wouldn't say about Tunic, but it's not really talking out of school I don't think to say that you collect pages from a manual in-game and it's probably the most compelling collectible of all time. I have to be able to say at least that much, or I won't be able to say anything. When manuals existed, there was always a couple "memo" pages at the end of them for notes. It was an expectation that you might need to, but personally I could never bring myself to write on them. But when we got the memo page of the manual, which included a little sketch of the fox, we got it just as Gabriel had finished sketching the fox in our notebook! The moment, and the sketch, were all contained in our stream. So,I'm not actually mad. That's a top five, like, magical moment, some cosmic alignment shit. But yeah: If you're playing Tunic, prepare to make liberal use of the screenshot capabilities of your device or use the tried and true method we have, except actually inscribe the glyphs. I have some fuckin' theories about these glyphs!!!

Our dear Dabriel is out of town, but do not fear - I'm going to jump on stream in a thoroughly solitary fashion and check out Chuhai Labs' Cursed To Golf, whose demo just dropped! But that is only an amusement for your bouche - the real feast is This Old Game, hosted by our own Laura Frohwerk at 2!

Next Friday, our friends from @PAX Console Freeplay join @Stringerplz for a very special classic game stream! Join us at https://t.co/A9BCARgnth as we test our new inventory of games for PAX East while handing out expert tips to maintain your own classic console games collection! pic.twitter.com/duLn1UnbPd

Wow, Cursed Golf Kicks Ass! I love it already and I only played the Tutorial.

I talked to him, just as a joke, about trying to manifest our powerful "Golgolfa" IP in there. Fingers crossed: https://www.penny-arcade.com/comic/2009/05/22/upon-that-shattered-plain