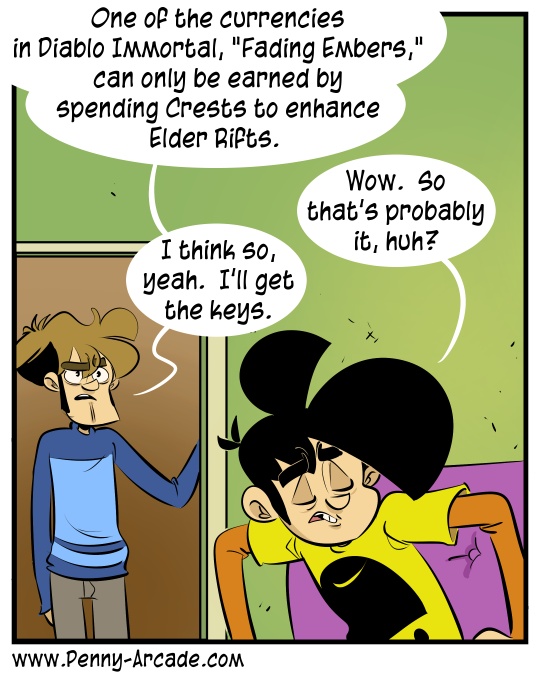 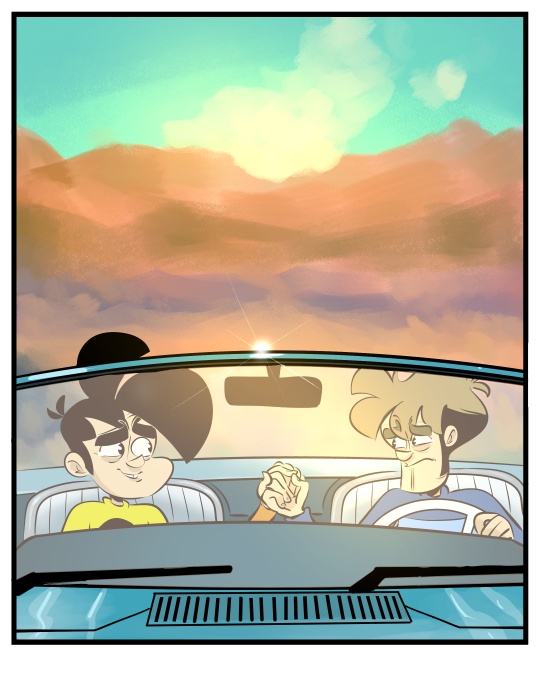 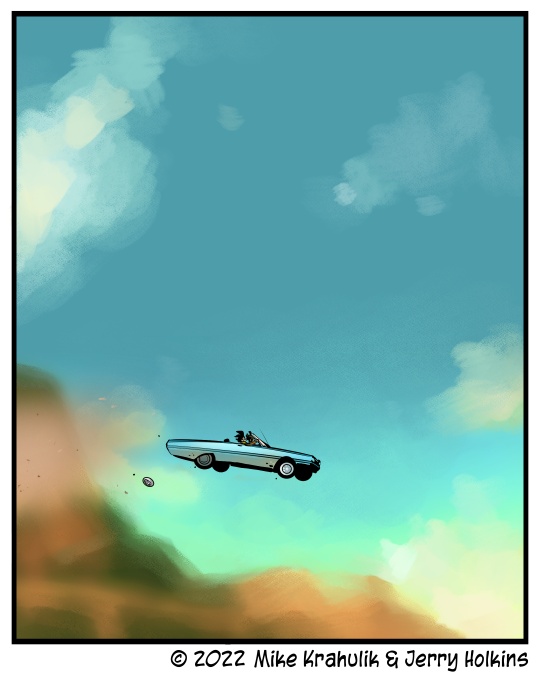 I downloaded Diablo Immortal on my phone, but deleted it before I made a character. I put the PC version on my computer and then removed it from the folder before I installed. I'm playing lots of shit right now, and I like all of it. Then I was reading a list of all the currencies, subcurrencies, tertiary value slivers, orbs, dusts, and various agglomerations of same in DI, and then we had the conversation in the strip plus Gabriel's description of the last two panels.

To me, the question isn't whether or not Diablo Immortal is "fun." Lots of shit is fun. And of course it looks good. Did you think they were going to make an ugly, boring trap? Jesus Christ, people. The Diablo reward loop - clearly the result of a Satanic crossroads bargain on the part of Blizzard North - is one of the most potent extractors of attention I've ever experienced. I still hear those weird goats from the first game as I'm falling asleep; there is the wet, wet sound and then there is the perfectly executed audio of a wooden rod bouncing, first on one end and then the other. It's rich and tonal. Did this goat man eat a marimba?

No. It's that I have done this before, and I can see the end state: that state is me buying Legendary Crests with US Dollars to slot into Elder Rifts so I might get better gems. I don't need to do that. I will start as I mean to go on, which is to say, I'm not gonna start. I think it's okay for it to exist, but people have varying levels of safety in these contexts; Brenna just understands at some level that she can't be around mechanisms like this. I won a literal bucket of coins at a casino once, gave her the bucket, and she put all the coins back into a slot machine. The circle of life, etc.

They've spent ten years making Diablo III perfect, after some odd missteps that echo some aspects of Diablo Immortal, and Diablo IV is en route. This new one doesn't fit anywhere for me; the value proposition here is quite odd.