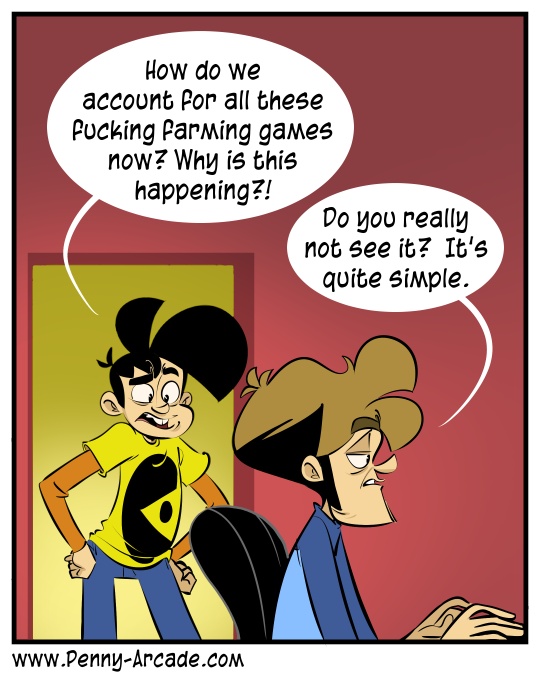 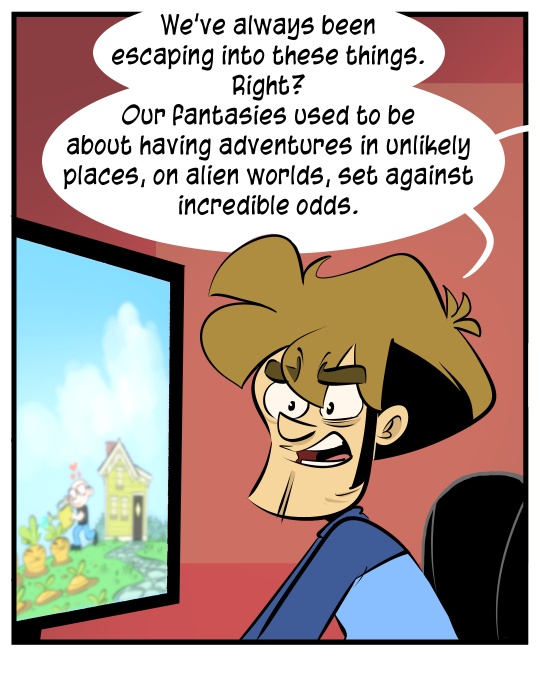 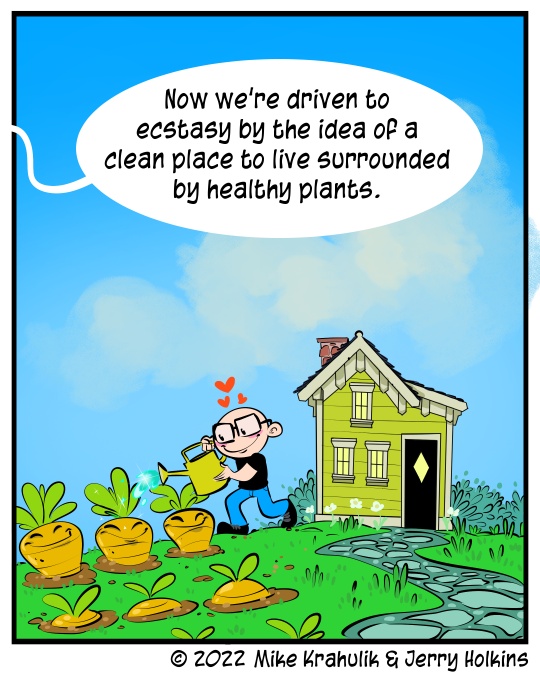 I tried to play one of these games a long time ago - these farming games - I think it was one of the old Harvest Moons. One of my chickens got sick, more or less during the introduction to the game. They were probably trying to teach me about how medicine worked or something. The chicken fucking died. I was wounded deeper than I could have imagined by the death of this imaginary chicken, and I never played it again.

Farming, broadly, just makes sense as a game mechanic. I think it sorta speaks for itself, with a novel interplay of investment, debt, time, and the ravages of the chaos winds, but I also grew up playing something called The Farming Game that might mostly be a Washington thing. Check it out, if you haven't. But Kotaku had a whole slideshow about farming elements in the Nintendo Direct announcements, and there's a lot to see.

I can still remember when Graab hauled me over to the Phoenix Labs booth to see Dauntless, and we played the shit out of Dauntless and one hundred percent engaged in microtransactions for a minute over there. We loved that loop, which was like a dubstep remix of Monster Hunter. And now they are taking their rad co-op chops… and turning them toward some kind of farming/dungeon crawl thing in Fae Farm?! Trys is gonna lose their shit.

Hey! So, you might have noticed that this went up at Midnight. That's because I wrote it on Thursday, so I could go over to @Dabe's house at 10am PST today and stream rhythm FPS Metal: Hellsinger for hours and hours. As if that weren't enough, I was able to scam several codes for full game unlocks to give away during the stream, so if you like it you might just walk away from the show with it. Sound good? Come hang at 10pm PST and we'll see you there.