In real life, this conversation was held between Gabriel and Gabriel the Younger, and bore the feral cast of that clan. It seemed liked Tycho's faux erudition - considered "erudiction," removed it - might deliver the proper framework. But my son was not impressed with this false witness, texting me thus: 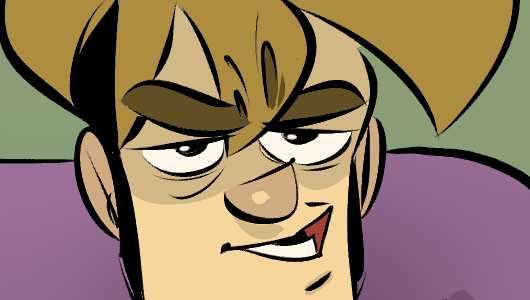 "I know everything about ragequitting. I've done it myself. Also, I don't like controller games. I like keyboards and mice. "

I guess on the one hand I sorta got told, but on the other hand, you know… PCMR4L. I can live with it.

I am in Seaside, Oregon for some reason. I'm not good at vacation, and if Brenna didn't deserve it I wouldn't take them at all - but I have good material company this time around. I can't recommend The Chronicles Of Amber enough; you have to read it, essentially, because many of the books you read were written by people who read The Chronicles Of Amber. There is a lot of other people's careers situated between these parenthesis. I can't wait for an opportunity to file the serial numbers off this amazing decalogy and present my "startling, original" work.

I've also been trying to figure out what Warmachine Prime, or MKIII, or MK3, or whatever it's called means. I always liked it mechanically over Warhammer, purely as a function of time-per-game and the skirmishy scale I tended to play at; I have a couple #just-menoth-things I like doing, and I will likely continue to do so. These "things" involve foes lying flat on their backs while paying twice as much for all their spells while madmen dressed as tanks choke the life out of them python-style. There's a ton of newer wargames out now, or maybe just new to me; upstarts with no reverence for the old ways, imbued with a fascinating energy. I'm curious. But I already own these models and paints. I have a case like a war-barge that ferries them to their destinies. Independent of every other variable, that is a profound, if silent, counsel.