We've had this strip in the queue for awhile, but wanted to wait until after the season finale to deliver it. I know there are those who wait until the end. 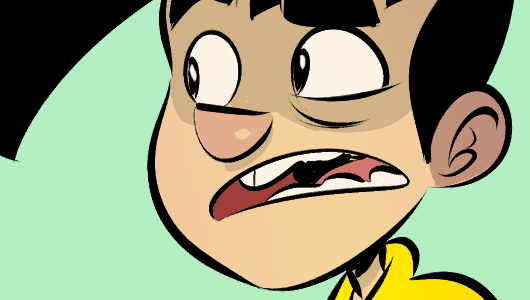 I got out of this show at almost exactly the wrong time. I will just say "The Mountain And The Viper," however you came to learn of those events, marked the point where I hit pause on the whole thing. Gabriel shames me for this, I should have known what I was getting into, certainly there was evidence about what kind of show this was in the previous, you know, forty episodes or whatever, but I get to choose how I spend my time and I chose to leave just as they set the table for the Great Feast like whatever the opposite of a Boss is.

Spent some time last night in Duskhaven for what Brian has branded "Lycanthursday," a meeting of various cursed hound folk. It's like a support group for sad dog mans. And dog womens. If you're mostly dog, you're in. I caught the cross section of the entire World of Warcraft experience in there, it was like a diagram of the Earth's crust, except instead of saying, like, "crust" or "mantle" it was like "ding" and "weird glitch that only happens to you."

In the same way that you must occasionally set something you love free, and then it comes back or doesn't come back, sometimes you must abandon a quest so that it will function. I saw all of my friends mount faithful steeds and then canter toward ultimate valor, but they apparently used up all the horses. Imagine if everybody were boarding a Ferris Wheel, and then when you got up to it the entire thing floated away into space. But then later on I got two levels and donned the mantle of Afflictor. So it's like who even gives a shit.