I know that it totally looks like something we already have a mental construct for, one hundred percent, but it's not actually that. 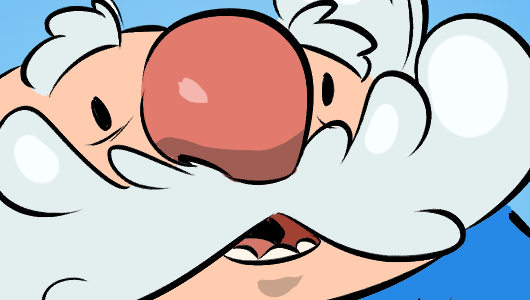 The official description for Gigantic calls it a MOBA, which, I mean… hm. I don't think that's what this is. I'm not just being fastidious. That is to say, I'm definitely being fastidious, but it's not the only thing. This came up with Overwatch: if the "classes" you can play as are different characters, that's not sufficient. Gigantic is closer to the traditional model, with ability customizing trees and an explicitly enunciated Enemy Base, but if you don't have creeps to compete for and itemization, I think you haven't quite arrived at the term. Eschewing some traditions in the service of a faster, more cinematic experience makes explaining it tough, but it's worth it.

As established, your team's Creature is their Base, and vice versa. I initially typed that your Creature was your Bae, which also has the ring of truth. Because of how they are drawn and animated, you will feel something akin to devotion for them and you will really, really hate it when people fuck with it - the vulnerability of your beloved beast being pinned by your opponent's vile monster is… it doesn't feel good. You win by scoring three points for your team, and to do that, you have to put the enemy creature in a Compromising Position. You do that by killing members of the opposing team, and by gathering orbs from capture points around the map. The points themselves are a little different than you might expect; you can summon a creature to these points to do some work for you. Aside from collecting the orb automagically, different creatures can confer different benefits in their radius, and can be upgraded to the level where they are a tremendous pain in the fucking ass. Your creature has a bar up at the top that shows how close you are to Rampage, which is when they go over to the enemy creature and pin it down so you can strike its "weak point" to score. It's firmly delineated in that bar what energy came from what, so you can see what your actions mean right away. Any energy the opposing team was able to generate becomes a shield for their creature in this pinned phase; it's not a certainty that you will score a point. Fights by your creature are for fucking real. But: score three of these points, and you win the game.

Characters have Ults in Gigantic, but Ults are drawn from the same pool you summon and upgrade creatures with. The best use of your "Ult" might be to support the team in another way. It's a resource, essentially - and that's a choice I like having. I dunno; I think you should try it. Right now, I think the remaining challenges for the game involve legibility for the systems: it's a fast game, and I feel like there's a role for the UI and Audio to communicate hits better in a game that's so visually lush. The main thing is that I thought I "got" it, I didn't at all, and there really is something here. It's in open beta on Windows 10 and Xbox One.