I like Star Wars, not as much as some but I do like it; there's always new words in there for me to learn. "The Last Jedi," as a piece of nomenclature in English, has a lot of potential weight and finality to it because of how "the" works. "The" abuts singular or plural nouns, and Jedi can refer to one or more completely mad star wizards. It is ambiguity adorned with uncertain, enigmatic fixin's; you're getting it coming and going. 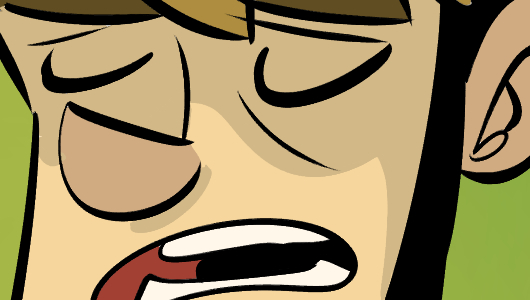 When versions of the movie's title came out translated into other languages, it's completely plain that they're using the plural of Jedi in a way that English (and the marketing department) left ambiguous. On purpose? That was Gabriel's question. I am terrified to think that someone could purposefully create this kind of two-tier narrative structure hung off something like this, because I can't even conceive of conceiving of a play like that. I have psychic bulwarks, inscribed with runes, to defend me against ninety percent of marketing rays. But something like this is Inception tier, puncturing the channels I use to think normally and sucking greedily. God, I hope it's not intentional. Because I've been thinking about it for a week.

There's less than a day left on the Wyrmwood Magnetic Game Master Screen, which can be emblazoned with the sigil of Acquisitions Incorporated if so desired. I'm going to be getting back behind the screen here in a little bit, and I have a fantasy that involves erecting a kind of wooden cathedral around myself. Having a multipartite wooden cathedral would really help a lot.