I've had so much going on the last month or so that I haven't had time to even purchase Aliens: Fireteam Elite, let alone install or play it. I'm generally insufferable about Aliens shit, so insufferable that I often avoid games of this kind altogether just because I know that I'm exceedingly picky about this kind of shit. I've told you before: I'm "that guy" about it. It's not a point of pride for me. It actively diminishes the joy I might otherwise receive from substandard horseshit and is something I consider a net loss. 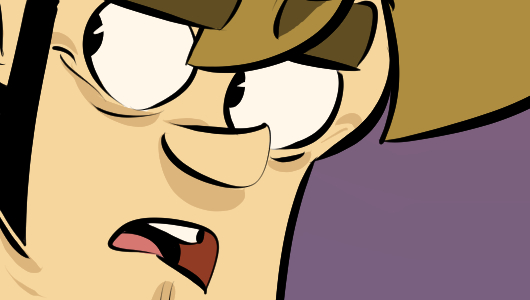 Anyway, I've been so strangely silent about it that even Gabriel noticed it. We discussed it before the show. Which, technically (and also literally) is still ongoing. You can catch Friday's Acquisitions Incorporated game right here, which has a few surprises:

Keep in mind that Gabriel is home from this show, after having served it dutifully and long; that is to say, Jim is currently in the Plane of Retirement. But that won't keep Omin from looking for him. And because there was no Make-A-Strip, I decided to do something incredibly weird and run a psychological horror game with a single player - Kris Straub. Ryan called it Penny Arcade Dungeon Masterclass, but I would never have chosen that name myself; even seeing the title was intimidating to me. My name for the project is "1v1" and a few people said they liked it. You can watch it here, at the beginning of this day-long stream on the main PAX channel:

Back at it - I'll be doing the Acquisitions Incorporated: The "C" Team Better Advice Panel at 1pm PDT on twitch.tv/pax2, then closing ceremonies later in the day. After the first day, my social muscles were so atrophied that it felt like a full show worth of interactions. Now, on the last day of course, I remember exactly how to do it.