Like many multiplayer shooters, Overwatch is also a place to hang out. That's more or less how I've used it; I felt like I understood it as much as was necessary to provide incisive, GoldenBoy-tier commentary on the failures I generate simply by being around. 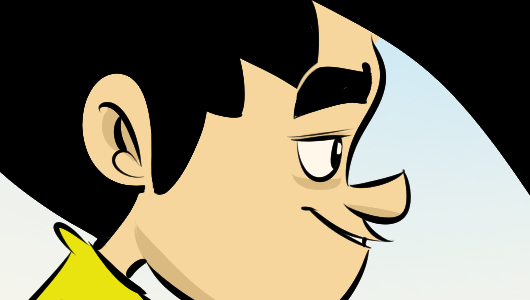 Gleeb felt like playing Overwatch with Kara on the stream last Friday, so we did, and when I started navigating Moira's approach to things I got hooked. So slow, but with a weird ghosty dash? Ikarugan, multipolarity skills? I was in love immediately. I'd seen the kit on paper, didn't get me back in. One round later I was purchasing shrine components on Prime Now.

Now they've got Brigitte - which sounds something like b'di-gih-tuh - and there's every possibility that these two are going to get me back in here for something more permanent. Gabe's nuts about her, though, so I might not get many opportunities. It's the versatility in both of these cases that really turns my head: I played a Goblin Shaman back in Warhammer: Age Of Reckoning, and it founded such a robust conception of what support could mean that I haven't really seen investigated again until heroes like Zarya.

What Brigitte does is:

- Thresh motherfuckers with her whippy flail
- Rad ranged knockback
- Ranged, targetable heal that can "overheal" as armor
- Her ult functionally broadcasts regenerating "armour"
- Everytime she hits with the flail she applies a HoT to nearby allies
- Oh yeah and she has an energy shield she can stun you with so that's cool

I want to do all those things. I understand why they don't want to commit themselves to releasing these characters into the Overwatch League ecosystem, even though I think this is an interesting way "electronic sports" is different from traditional ones - I'd love to see the upset potential of a new tool like this for some of these staid comps.

At 2pm PST, we're gonna load up A Way Out and stream like crazy. It's from the crew that made Brothers: A Tale Of Two Sons, which is really all I needed to hear.