The story is true, unfortunately. Unfortunately for him. For the rest of us, we get bloomed-out, nostalgic imagery to enjoy. 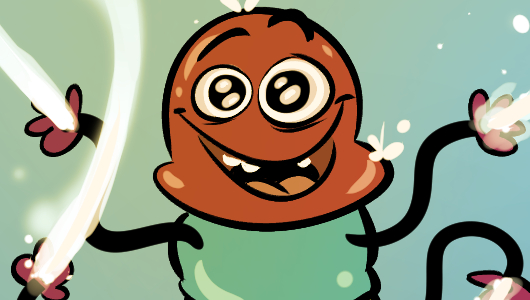 We have a lot of strips that feature doctors of various kinds. This one was five years ago, and lead to a host of startling outcomes. His particular weak point in this context is specifically The Dentist, a context I have only positive associations with. Brenna and I schedule them for the same time so we can go to the dentist together and then we have lunch. It's a whole thing.

But this was a dental visit that involved needles, needles going into your gums, and that's not for me. Needles are my Dentist equivalent. I can't even imagine that sort of thing happening in real life: I think this is what happens in The Empire Strikes Back to Han Solo after the weird robot goes in and the door closes very, very quickly. When needles get involved, I experience something like a stretching of space and time - I feel as though there is a tiny version of me operating this massive body and it's so big that the signals I send to control it are attenuated. The nurse tried to steal my blood about five times and I kept reaching out involuntarily to "defend" myself. Eventually somebody else had to come in; I laid back on the bed-thing and talked about how much I liked PAX Aus for awhile and then it was over. It doesn't seem to have anything to do with the act, it's the anxious sheath that contains the whole thing.

Anyway, if you didn't throw up all over yourself and two other people and then get a root canal while covered in vomit, maybe today went okay.