Gwob was talking about Adventure Mode before, and how savory it is, and how it's mostly new to us because a substantial amount of our Diablo 3 play was back when it still had a cash store. I have a real challenge with games of the "loot-'em-up" variety, and it's whenever I get to "the desert level." It has an almost total ability to sunder my momentum, even for a game I'm nuts about. Whenever they make me start trudgin' through some kinda Goddamn dunes or some shit I'm audi. I'm not proud of it or something, this is just what happens. I think it might be genetic. 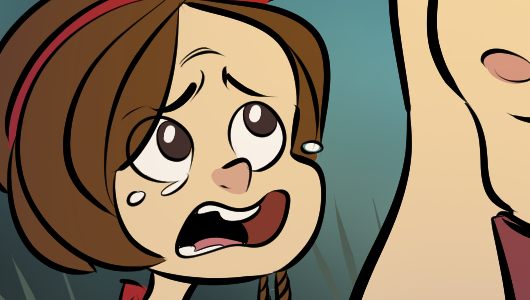 For Mork though, the combination of a discrete time band, "broader remit," and exclusive content - plus, the ubiquity of the Switch form factor - makes this shit real, real hard to put down. People might have problems but they're nmot his problems.

There is another strip that ends avec l'oiseau, a personal favorite, because we'd tried to make a comic about it for a long time and were never able to. I often think about this one when we've hit a wall with a concept - it's where "the list" started of concepts that eventually find a home, for example, "The Neil Armstrong of Dog Fucking." Also, it's worth noting that this comic is like sixteen years old. It's older than either of my children. Well, physical age at any rate. I have every faith that my son is simply the current incarnation of an immortal, interstellar consciousness.

I just returned from my trip up to Victoria to hang out with the Desert Bus crew, and hopefully add value to the proceedings. Brenna certainly added value, measurable value, as her cross stitch raised a couple Gs for Child's Play. I threw an hour of DM advice in for auction like I did last year, but I haven't heard back on its performance. I had a good time there a couple years ago, had to miss it last year for PAX Unplugged, but this year's visit was just… man. I went up there happy already, and came home happier. I wish I could save some of this, for when I'm sure to need it later.