In truth, it's Gabriel the Younger who plays more Fortnite than Elliot - but Gabriel Prime would never have deployed this kind of poetry, so it was vital that I take the fore. 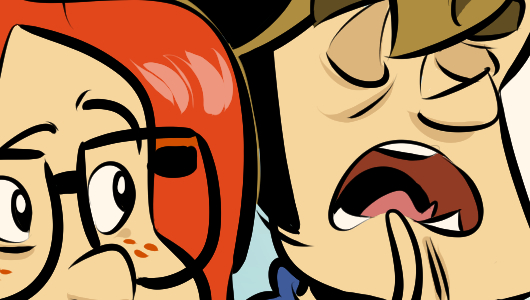 I'm a little startled and honored by his rendering of my beautiful son, but in truth I think it might be ultrapragmatic to start preparing my children for the coming Water Wars. See if we can get them a head start on being hailed as Seed Lords or some shit in a world where people have twelve different words for dust storms but have never seen a plant. I'd have to start early - as early as tomorrow - but I think that if they can acclimate themselves to the wearing of steel masks it's gonna pay dividends later. That way, even if things go a Gundam direction instead they'll still be ready to nail this despot thing.

I saw where Desert Bus was at, donation-wise, and I just started to laugh. I was pretty mad today, and about the same things anybody gets angry about: jackasses, IRL and out, inconceivable interpersonal gulfs, and what I would describe as "authentic evil." But they're gonna crack a half million dollars over there I bet, just being not that, just being cool. And it's gonna go to an incredibly lightweight organization that has spent fifteen years figuring out how to tune the impact of that generosity - to make it generate not just moments that allow kids to forget where they are for a little while, but to catalyze research and best practices that are portable wherever care to young people is given. I sort of needed something like this to be real right now, and it is.