At the very top of the Google Doc we write strips in rests a crown of potential comics, suitors who want only for you to love them. They want to be clasped; brought up the the big leagues. 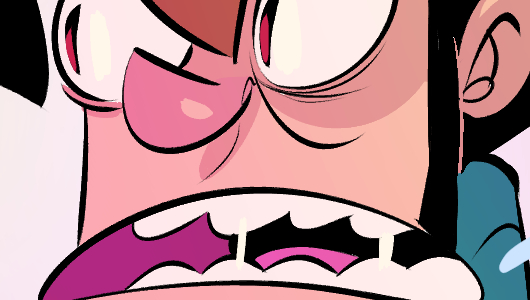 If you listen to the PA DLC, our weekly podcast slash digital therapy session, I often read through a few of these just to see if their time has come. Typically it has not and never will. For example, I'm of the opinion that there's a premium comic experience to be had from "Top 10 Tazers: Number 5 will SHOCK YOU" and… I just laughed so hard that I saw spots. This is the sort of thing Gabriel protects you from; unmediated exposure to my rad ideas. But here in the post, he has no power over me.

One of these weird chrysalids that sits up there at the top of the file suggests that Mushrooms Are A Young Man's Drug, and I don't know if that one will ever become one of the Exalted, but it's certainly a true statement. Elliot and Ronia, I see that you've found this post. It is a great pleasure to have been your father. And yes, it's true: Occasionally I ate things I shouldn't, which made me think thoughts that were strange. In any case, I have no grounds to chastise you if you are scared somewhere because we are animals, you have absorbed some kind of compound, and it has revealed to you something vital: that the way we perceive the world is completely malleable. You can call me and I will come and get you. I won't ask why you tried to eat a shoe.

Oh, and I'm also curious about Mafia III. On console! I mean, let me be clear.

Gabriel isn't in today, because he's trying to finish illustrating my finished book of nerd-ass dungeon poetry. Did you know about that? I can never remember who I told and who I didn't. Imagine if Shel Silverstein was your Dungeon Master, and you end up with LEXCALIBUR. Here's a picture Gabe is currently drawing for a poem called Girl-At-Arms:

Somebody was asking on Twitter if we could put up a podcast of the Acquisitions Incorporated live finale at PAX, sorta close the loop on that cliffhanger, and we have now done so! Alright. I think that's everything. For now. But watch this space.