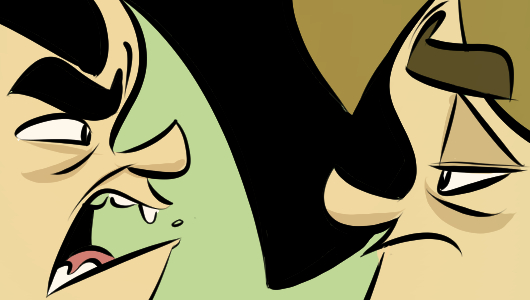 He did download it, which I appreciated, and he also hated it, which I expected. There's a similar dynamic at play when one attempts to make a child eat something green; somewhere, deep down, there is the hope that each inoculation brings them closer to spontaneous consumption. The metaphor works on another level, because here, the green thing I'm trying to make him eat is orbs.

I described it as a "B Game," without any pejorative weight, and I think that works for the most part. In the way that you might ape Grindhouse aesthetics or something like that, they've manifested something here that feels old school in every way - right down to various forms of camera, environment, and interaction jank that is not intentional but is certainly period appropriate. It's a platformer where you get orbs that allow you to get more orbs that allow you to get more orbs. Occasionally someone will take a potshot at me while I'm trying to get an orb and I will visit the full horror of the military industrial complex on them.

Every age must have its Satan, its hopping, hornéd devil, and this age has furnished us with Tim Rogers. Actually, I really like him. I don't want to because we overlap too closely on a couple psychological coordinates, and, much like the Clone spell, this instills within me an urge to destroy the self I find within the other. But he goes into a few things about Crackdown 3 that set it apart for him, contained within a shell of Abject Reasonability I've long since done away with.