I'm not going with him to this one, but I certainly have in the past, and it's always a little weird to figure out how to tell students what they need to know in a way that a) they can understand and b) won't make their parents really, really mad about the weirdos their school inexplicably brought in. 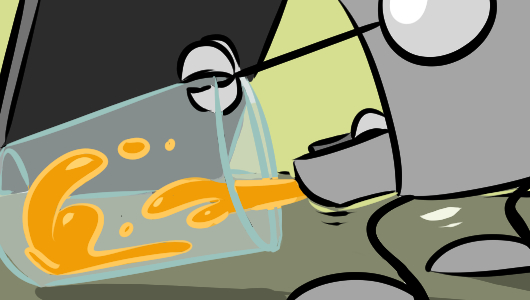 Obviously, we never talk about what we actually do there. We're just "artists." Well, he is. I am the cheer section, functionally speaking, for an elaborate organism whose multifarious limbs fill a building to bursting. I'm still coming to terms with that myself, so I don't know how much of that these larvae need to absorb. It's not aspirational to tell them that they can reach a point outsiders call "success" but which means, practically speaking, that you jump from a high diving board into a pool of your insecurities on a daily basis. If you want to know why adults in these contexts tell children things like "You can be whatever you want to be," this is why. Describing the machine they are about to enter won't do anybody any favors.

Except… hm. Well, except that they need to understand that there's a completely parallel track out there. Maybe we don't have to discuss the grinding burrs of the device which has as its intended output compliant, hireable limbs. It might be enough to simply suggest that there are many ways you can pay your rent, but that's not really who you are, and the rest of the time you can polish a little part of your mind until it's bright enough for someone else to notice.