Sekiro is pretty special, I think; of course, I'm invested in From's success because I like the weird stories they make, but I also need them to make a lot of money so they can make the Armored Core and Chromehounds games I need. I need them to make so much money that that can make a game that only I purchase and Q1 still looks okay. 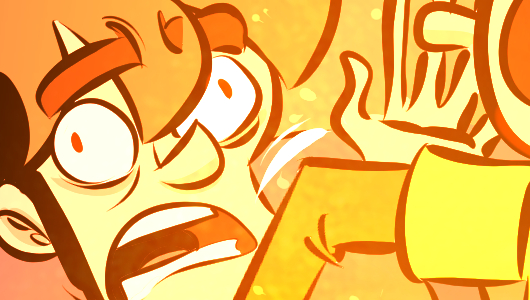 It's got its hooks into him big right now, he's way further than I am because he is not trying to split his curiosity between feudal Japan and the post-American hellscape of our nation's capital. The main levers that set Sekiro apart, and it's the mesh of these things that has snared him, is

Which, I mean, it's on some Tenchu shit pretty clearly, which is good news for me if they're gonna leverage their modern notoriety lensing their fascinating back catalogue. One thing that's not different is that it's controller flexingly difficult, but this is something which can be managed.

I think Josh is gonna handle the 2-4 stream for us today, I gotta do dad shit, but we'll be back at it tomorrow afternoon for brewing, drawing the strip, and painting minis - that's what Tuesdays look like around here, and you're always welcome.