You have the ability to make a particular Switch the main Switch in a family, Switch Prime if you will, and Gabe made his new Lite the locus of that power. The thinking is probably that the machine with the dock attached to the TV is most likely to have Wireless Fi? Maybe? Even though that never kept it particularly tethered before? Or he really just likes the new form factor, the feel, which is hard to argue with. It's nice. Can't stream it, but that's only a concern for a vanishingly small cadre. 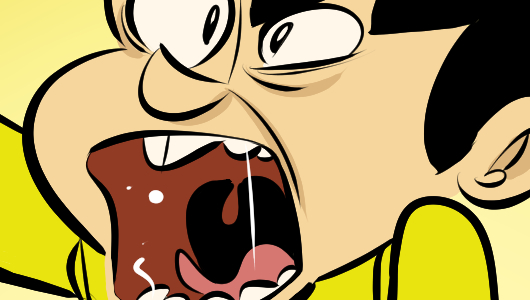 He and I don't get each other things on the normal days you would give people something, but we often give each other presents when it's not particularly called for. I guess that's not entirely true. Gabe always gets me presents at the correct times, and also gets me presents even when they are deeply undeserved. I don't get him shit. If he is giving a hundred percent of the gifts and I am giving none of them, if we average it all out, then it's fifty/fifty - a deeply equitable distribution anyone would be proud to take part in. One of the gifts he gives me is to understand that I am not good at things like that, but I can enjoy or at least endure things he finds intolerable, or inimical to life, so maybe it's more or less as I've described before. Somewhere between the two of us, there is a single, quasi-functional person.

This is to say that he put a turquoise Switch Lite on my desk because I had mentioned off-hand that it had bewitched Brenna. It matches her glasses, but it also matches our teakettle, and a ton of other shit we own. The color itself seems to exert a psychic power. I brought it home thinking we'd put it in the closet or something, maybe for a Christmas present, because there's a new Animal Crossing coming out for the Swinch and we'll need to be ready. The next time I saw the box it was open, its contents distributed across the counter, like an animal had gotten into it. Brenna was holding the device like a divining rod, saying, "Alright. How do we do it?"

I installed Untitled Goose Game, Picross S2, and the new Puzzle Quest as a kind of electronic Rorschach Test to see where she might want to go next. I hear a lot of honking from over on the couch, more than usual. So maybe I already know.