I enjoy watching Judge Judy whenever I watch it, but I haven't watched it in maybe fifteen years outside of the clips Gabriel shows me. My life is not constructed in a way that makes frequent Judy Watching possible. I wasn't aware that it constituted essentially a fundamental aspect of citizenship or that Judge Judy's hunger for justice was only matched by her hunger for manflesh. 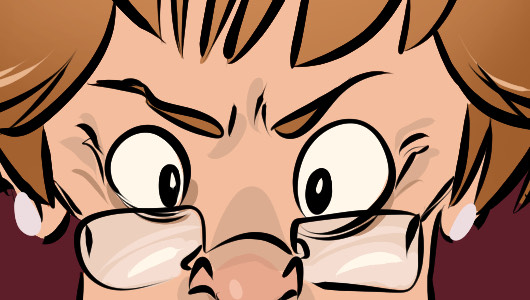 The entity cataloged in the strip is a completely real person, and he's someone you can investigate if you want to. It's not a hundred percent clear to me you'll benefit from it.

I was aware of him before this actually, because he's something of a known quantity IRL, which is not to say that he's a known quantity in real life but that in terms of IRL streaming he has a particular niche where he streams Tinder dates. The whole thing, from the device he's using to do it to the people who watch it and support it to the people who are made party to his content - that's what the court case was about - it's just… huh. It makes it difficult to be happy, let's say. It's like we've all become unconscious signatories to a malevolent, shrouded EULA, one where we compete twenty-four hours a day in an inescapable reality program and the incentive structure makes our worst impulses the supremely rational play. I don't mean this to say that he's not culpable for his whole… thing. It's just that I can see that maze from the top. And I don't think it's training people for anything good.

No school for my larvae today, so I thought I'd stay home and try to impart useful lessons or at the very least try to help them molt by tugging those last dry wisps of discarded skin. This means that Mr. Hartman will have the conn for the stream this afternoon and I have every faith he will provide succor.