I had to tap into our Technomancer Mike Buland in order to understand some advanced Math concepts for my own son's homework, except eventually he had to pass it on to his wife Amy, who has the Math Degree. She… she did it for fun. I asked her about one of the problems on a page, and she did all of them for fun. 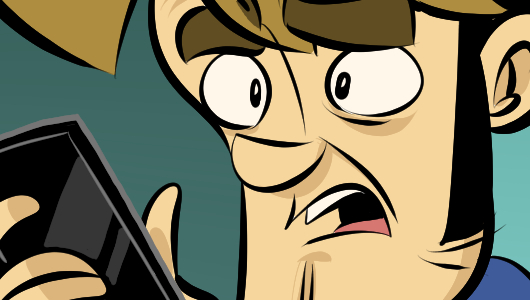 She did math she didn't have to do because it was fun. Gabriel just suffered it in silence until, I am told, he "ran screaming into the night." I would rather eat a live scorpion.

Sometimes what the school wants is something in a language or artistic vein, and these days refresh a father's spirit like a warm summer rain. They cleanse the body and mind of sin. Time passes around you and for a moment you understand - intuitively - that the world's renewal isn't merely possible, it's inevitable. Vines grow in hypertime to clothe a naked statue before hugging it into dust.

It's hard to conceive of how long I've been making this stuff, and we're coming very close to the point where I will have been making it longer than I haven't been making it. I don't feel any different, I've just tried to make the choice that seemed correct at each juncture. But if I'm presented with a linguistic task…? It reminds me of the post for that Professor Layton comic we did a million years ago - about the kind of mind you prepare for that task: "Not blank, but clean - like those model garages they have at the home stores. All pegboards and fresh tools and drawers that glide open with no squeak." I have a concept of myself that does not really allow for Prowess In Endeavor, but even I only got a little bit better writing six to ten things a week for twenty years… you know, I can probably help my daughter with her Lewis & Clark diary entry.

We ultimately went with Oregon Fail as the book in panel one, going for kind of a Diary of a Wimpy Kid vibe, but our original one was Lewis & Clark & Me, which I thought was pretty terrible, but it is an actual book about a dog that goes with Lewis & Clark. I then suggested Lewis & Clark & Bark, trying to lean into the swerve, but sometimes you gotta admit when you're beat. But holy shit could we murder Oregon Fail.

Acquisitions Incorporated: The "C" Team finds The Collections Agency willingly entering the gullet of Spirata's mystical bureaucracy. Discover this, and more, in tonight's episode - it all begins at 4pm PDT, on Twinch.