We need to consider the idea that EA - when it comes to their stewardship of the Star Wars IP - is starting to get it: 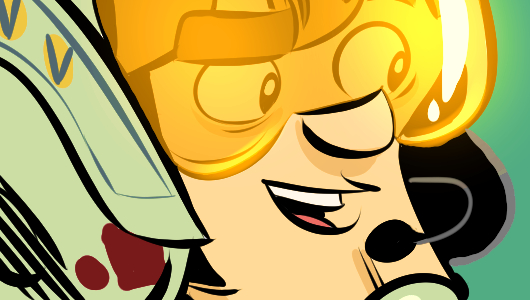 There's a few things they've done here that strike me as astute. For one, as indicated early in the trailer and established on the main page, it has a fairly old school, sci-fi sim mainstay in managing power levels between systems. That's an obeisance paid to the Old Gods, for sure. The game is cross platform. The game supports VR, if you want it. It's forty bucks. And, it's available on Steam. It's like… God damn. What happened over there? Do you even get to this without the withering response, culturally and legally, to Battlefront II? Did they make this game as therapy, for themselves and others? Because it looks from here like they have a shining, brilliant angel on both shoulders and no devils. The angel/devil ratio here is outta the park! I'd make a couple changes obviously but I'm allowing myself to be intrigued re: the gameplay reveal on Thursday.  If these a-holes establish HOTAS support I'm founding a religion.

This is the last day of our Garage Sale, whose virtues I've enunciated almost daily. I asked, with tremulous hesitation, if some of the prices were too low. This isn't a joke! There's a lot of craziness in there, especially around boardgames. And dear god, the Pins.

I can't really praise Gavin's WASD Collection enough, as a kind of… applied design philosophy, but also as a set of artifacts that contain genuine affection for the medium and the people who make and play in it. There is also a great mousepad which is my favorite mousepad. Plus, you get stickers and a patch with any WASD stuff, to the extent that you will hear the words "C-c-c-c-combo Breaker" as these things are added to the cart. This stuff doesn't really go on sale, and the range has been added to in novel ways since launch - you really do need to check it out, and not just because my friend made it. You should check it out because it's a masterclass in how to do shit.