I was watching some streams of it, the new Amalur, or… the Old Amalur, all the Amalur we really got. Honestly, I don't think Gabe is super off here. When you change the lens you look at it with, slot one in that says this is an earnest indie's love letter to an era, it's a lot more fun than it should be. And the feel isn't wrong either, because these motherfuckers swung for the Goddamn fence. 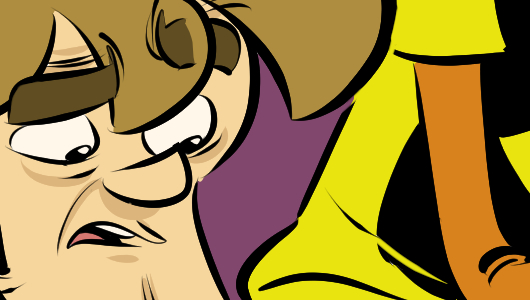 PS1 era Soul Reaver - understand that we only needed the "1" after the PS retroactively - is what my eldest child would call a mood and my youngest child would call a vibe. I understood it when the limitations of ancient hardware became an aesthetic, because it evoked an era I already had some kind of affection for. But every set of limitations offers unique opportunities for expression by masking out certain assumptions, easy paths, and traditions. And every era had potential we weren't ready to grasp.

We have managed to secure the grinning warlock Gary Whitta and that wet snake Will Smith for another afternoon of Golf - currently, after 27 holes, we're completely tied. I've been practicing hard enough that I think I've actually just made accommodations for them in my cognitive apparatus, a place in my mind where my opponents can thrive absolutely rent free. We have the use of Gary from 2pm-3pm PDT, which should allow us to get in a round and hopefully get a definitive winner for the first game in our next series - but there might be a little golf after, as a treat. Plus, I'll be joining our Technomancer Mike Buland for a Deep Rock Galactic delve or two in the lead-up to these momentous events at 1pm. See you then!