I did make an effort to secure an Xbox Series X, using a link Gabriel was turned on to later, and I could get all the way to the end of the process but attempting to make a purchase just made the top of the page turn yellow. It suggested a link I could click for more information, and I did so, learning that the reason I wasn't able to make the purchase was (a shifting, twenty character alphanumeric kaleidoscope). 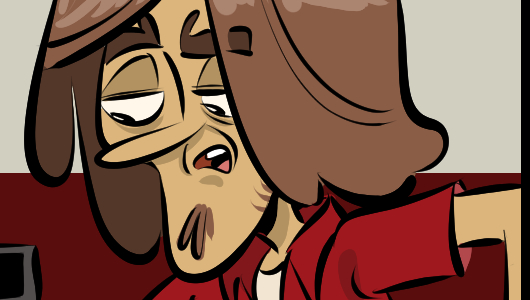 The purchase of consumer goods being placed firmly to the side for a moment, an unreasonable amount of my life is governed by people I never elected to be in a position of power over me and their (twenty character alphanumeric kaleidoscopes).

After an unsuccessful run at Target, Gabriel was ultimately able to slake his silicon thirst.

Microsoft bought Zenimax, and I think the purpose of Zenimax was to be purchased, so that part isn't super crazy. Everybody wants to know if Elder Scrolls X is gonna be on the Playstation or not, and Microsoft says future titles will be on a case by case basis after they make good on existing deals. People have been talking about nothing else since it happened, and I don't have too much to add, other than to say there are examples of Microsoft crushing acquisitions to dust - like, a lot of them - and there are recent examples of them recognizing that they made these acquisitions for a reason. Namely, that they provided something that the organization itself never could have created, and they succeed with these acquisitions to the extent that they recognize that. Danger, and its child the Kin, is a tale of abject horror. Rare was rocky at first, and… seems to have turned around. Mojang and Minecraft are bigger, and more importantly broader, than ever.

They should break exclusivity, certainly - but break it all the way. Make Game Pass synonymous with indie greatness and day and date known quantities.  Be the best place to play these games, as a retail venue or as a conduit to the service.  But any strategy for these brands that doesn't address the over a hundred million Playstations is a stupid strategy, and warrants ridicule. You win in this world by addressing the meta. Pride is an obstacle. They should know this better than anybody.

I'm only here to confirm what your seismograph is already telling you: At 1pm PDT, those no-good hogfuckers Gary Whitta and Ersatz Will Smith will again enter our Temple Of Pain to - if history is any indicator - beat us really, really bad at electric golf. Temple of Pain above is a link to our own stream, which I hope isn't a portent for me personally.  Best case for me here is that those dark altars, and the brooding apparatus just beyond in shadow, is primarily oriented toward the foe. 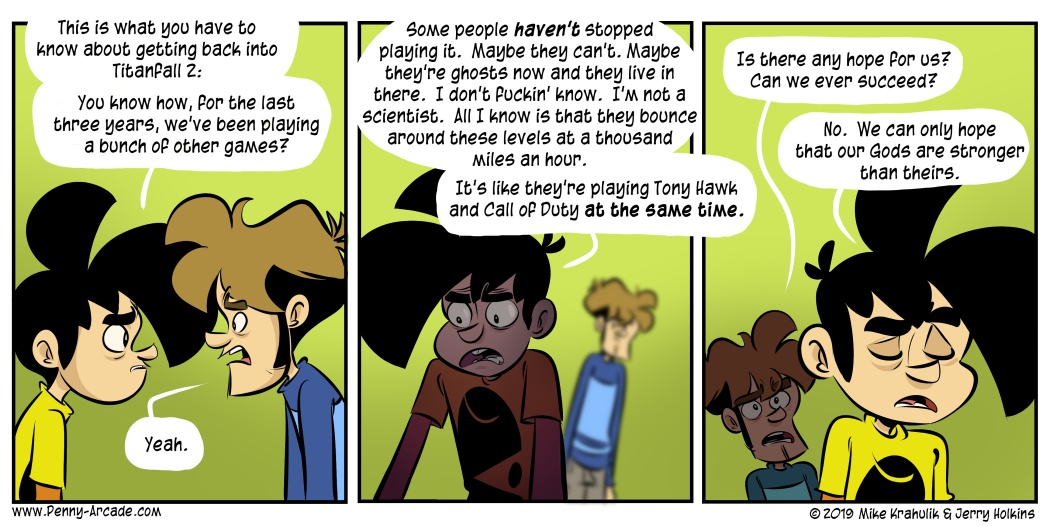