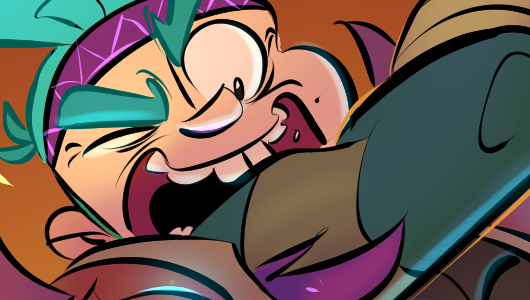 Precisely because I knew that if the game got its claws in they would get in too deep and cause grievous internal injury, I did my best to avoid Monster Hunter Rise.  I grabbed the demo as a kind of inoculation - a brief exposure to the kind of complexity the game has on offer, an opportunity to remember just how cramp inducing its puppeteering is. It really does feel that way - very QWOP, and then there's a second layer of this on top of the other one, where you literally puppeteer monsters into Kaiju battles you try to pick the winners of.  When I thought it was just gonna be me in there it was easy to stay out. But it's not. It's both of us. It's a problem right now and I think it's gonna stay a problem.

These VG24/7 videos by Dorrani Mischief - one for the basics and the "pro wyvern riding guide" - are great for a lot of reasons, but they provide a really gentle on-ramp to some of the concepts. Capcom has made MH progressively more legible in some ways but it still keeps to itself in others. Monster Hunter is like its own genre, and a lot of what it gets at doesn't apply to other games - though I suspect some of these instincts might serve you pretty well in Soulsborne. But this Dorrani Mischief dude has your back.

The optimal scenario for Gabriel and I would almost certainly be to get a blade in the mix to handle some of these tails, but we're both essentially addicted to the heavy, risk-reward momentum of hammers - he with the traditional style, and I with the Hunting Horn, which is like a hammer for unrepentant dorks. This hammer is for kids in the music wing - choir kids, band kids, the ones who the world hasn't finished destroying yet. It's a hammer but it's also an electric guitar or a cello made out of bugs. I've never felt so seen in my entire life.

Hey! So, in order to warm up our incredible PAX Engine, we've got something coming up this weekend: The PAX Indie Showcase SHOWCASE (ahem) is a new event where we circle back with all the winners of the 2020 PAX Indie Showcases for a series of Q&A's to talk about their games, the ups and downs of being an indie developer in 2021, and where they see gaming going forward. This is a rare chance for the community to interact directly with the developers of some of the best indie games out there and celebrate all they do. At the same time, we'll be streaming  Let's Plays of the developers playing their own games on our Twitch channel at twitch.tv/pax.

Early access to the Discord server will begin Friday afternoon, and people can expect some of the PAX Online bots also making appearances (All Hail Ball, etc). Keep an eye on PAX socials for the link!