At this point, what else could you call it but a "doom"? A judgment passed, the cruel sentence revealéd? 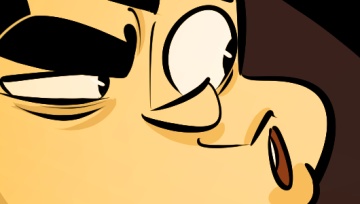 Games on this scale take for fucking ever to make, and then they get delayed. Even if you fucking tried to make your launch overlap like this the universe would disagree. The only thing that explains any of this is something cosmic - latent energies maybe, something I can really sink my teeth into and show off my word collection. It's gonna be unseemly. It's gonna be spectral. Best case scenario, and I'm crossing my fingers for this one, it's gonna be eldritch. But the whole thing also just kinda… sucks. Horizon: Forbidden West is an incredibly sophisticated piece of technology shaped by human hands into a kind of statement by a decades old studio. This is an era where excellence is no guarantor of success and discovery is existential for most studios. What a terrifying time to spend five years making a game.

We've got our technomancer on a rampage, he's been smashing bugs, improving performance, and noting feature requests for his ongoing tour of the new site's innards. It's all Kubernetes shit, which is as much a philosophy it seems like as a piece of technology, and some of the things it enabled during development were communiques from the realm of Science Fiction. Unfortunately, his work is made more difficult by the fact that I am telling him we need a way for people to battle using individual panels from the Comic Remix like cards. "It's gonna be easy," I said. "Well, easy for you." I'm not a hundred percent sure that's true, but it'd be way easier for him than me. His "code sample" was an entirely new version of the site with a custom backend and all existing content. My "code sample" is the newspost you just read. Let's see what the compiler says.