It was Noah’s 12th birthday yesterday and what he really wanted to do was take to the seas as a family and get some treasure! My oldest son Gabe offered to take us all on the Legend of the Veil voyage which is only available to players who have attained the rank of Pirate Legend. It’s a three part voyage with a cool story and a boat load of treasure. 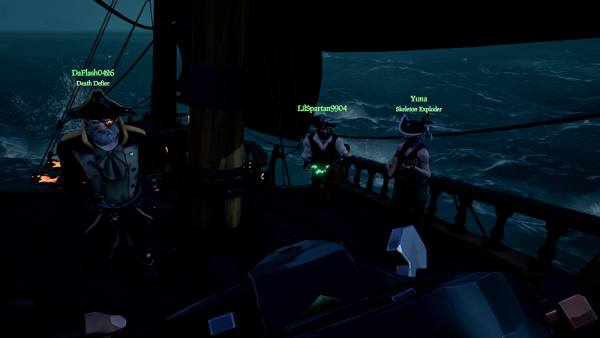 As long as one of the members of your crew is a Pirate Legend you can take part in these Athena’s Fortune voyages. In order to get Pirate Legend you’ll need to reach level 50 with the three different trading companies in the game. This is a huge undertaking but Gabe tells me there’s more than a million of these Pirate Legends now and so Rare has decided to start making more exclusive content for them. I’m no legend but my son tells me this is much appreciated. 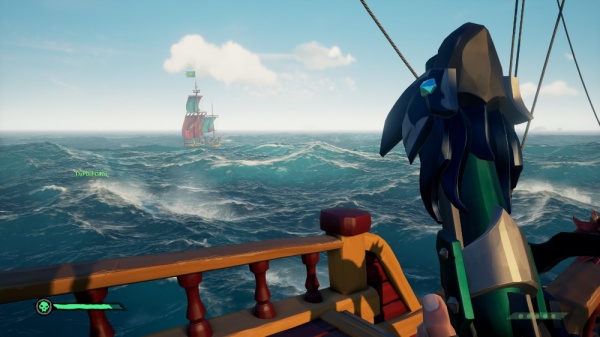 Another interesting addition to the game is a voyage that requires five people to complete. Since a crew is only four people this means you need to find another player to help you. At one point we were approached by another boat and I was certain we were about to die, but these pirates were flying what I am told are called the “Party Sails”  and once they got close enough they launched a white flare. The boys swam over and talked to the other crew who were indeed looking for a fifth player to help them complete their voyage. It was a fun interaction and I love seeing all the little customs people develop. 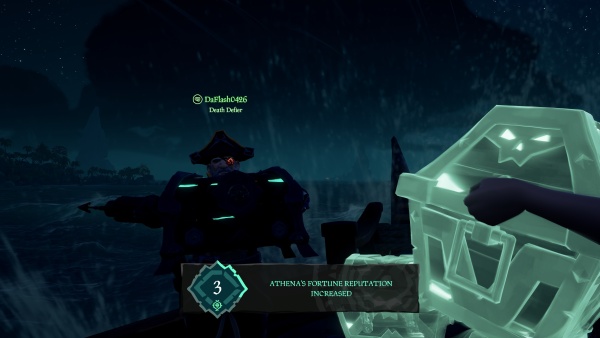 The three chapters had us sailing to various islands solving puzzles and culminated in an epic battle against a huge ghost fort. The real prize though was the Chest of Legends Noah got at the end of the voyage. This is the most sought after chest in the game and Noah was thrilled to get his hands on one.

So for Noah’s 12th birthday we sailed the seas while playing music, solved riddles and fought off a ghostly armada. Beats the hell out of Chuck E Cheese if you ask me.