The strip is utterly true - both in terms of the theft of his card, what they attempted to purchase, and the simple techniques you can use to secure treasures in abundance. Imagine that there is a groove worn in Gabriel's digital identity. If you steal his card, just live deep down in that rut, where rain collects. If you eat nothing but "Carl's Junior" and build Gunpla, they won't even know you exist. 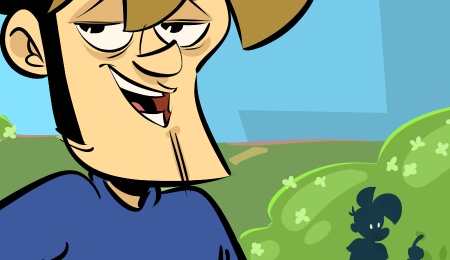 I saw a bunch of cool stuff at PAX East, and I'm in the process of trying to file a bunch of memories from that dense period. This used to be quite a normal task! It's like a defrag thing, but I haven't had to run it in a minute and now the platter is effed - potentially even in the a.

I talked with the developers of Writer's Block for a minute at the show, as many as fifteen. This is because, as a Known Bookworm Adventures Pervert, scourged by its long absence, taking its Scrabble RPG trappings and updating them for the Roguelite Era is a super good idea - especially if they have a chance to truly immerse themselves. I haven't grabbed "the demo yet, it's on the Steam Page, and that's gonna be my reward for finishing this post. Did I actually end up waiting? Who can say.

Snap Ships Tactics is a booth I spent time at every day. Obviously there's still some pain associated with Snap Ships themselves - the pain of a stolen birthright, and of profane betrayal on the part of a man who I have loved as a brother. But then, I got to play a really cool game with Snap Ships, and he wasn't there. So, maybe it all worked out. Long story short, Snap Ships are a building toy you can use to make spaceships and vehicles. Snap Ships Tactics is a way for you to use these creations in battles against your friends, or against an authentically nefarious AI driven deck experience. And it's by the dude who somehow transformed the X-Wing tactics game into a cooperative campaign with Heroes Of The Aturi Cluster, so God only knows where the long term ceiling on this is.

This is what I said from the floor, and it holds. This should be fine, at best. But it's actually excellent, where each ship you fly is like a little worker placement puzzle. Holy shit!

Snap Ship Tactics is better than it has any fucking right to be. https://t.co/1V68nHYmpP

Also, download the McPixel 3 demo right away. Do it before your eyes even pass over the "(CW)TB out" part at the end of the post. Click it. Imagine funny, Warioware length adventure games and you'll be just about there. It's a good place to be.

Also, Steve. You'll know when you get there.