I think Valorant is pretty cool, but mostly to watch. In practice, it's like a Counter-Strike I'm even worse at. I'm never confused about why I died, but I'm not sure there is a training montage with enough buttressing power to get me legitimate on this one. I made my peace with it. 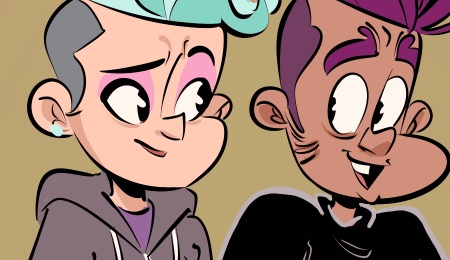 Apparently Valorant has a lot of mean people on comms, which tracks; if it's the subset of the League community that is into tournament style shooters, like, holy shit. What is the opposite of bacta? Because that's what these motherfuckers stew in. I literally would not know how they are: I absolutely do not allow random people to talk to me in videogames. If I'm gonna play a shooter, I'm on Discord with my own people. I understand the idea that foregoing this vital avenue of communication puts you at a serious competitive disadvantage, but feeling bad because I allowed a stranger to careen around inside my skull during what is ostensibly a leisure activity… No. Again. I understand the positions, this conversation has been going on for a while. I understand that it should not be this way. But there's no universe in which I expose myself to shrieking, hostile spirits just so I can play pew-pews on the Wub.

Rito would rather not operate a kind of 24/7 bloodsport torture hole, and toward this aim they have updated their "Privacy Policy and Terms of Service" to enable the recording of voice chat during rounds toward the goal of automating the adjudication of reported abuse. And it's like, yeah. Automated is probably best.