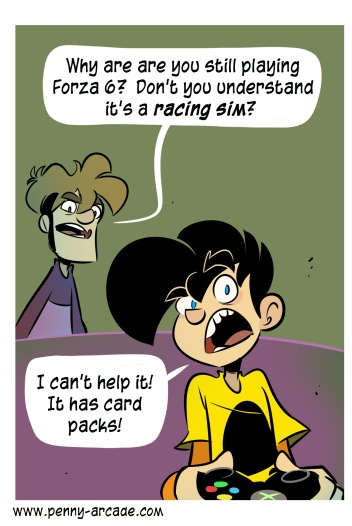 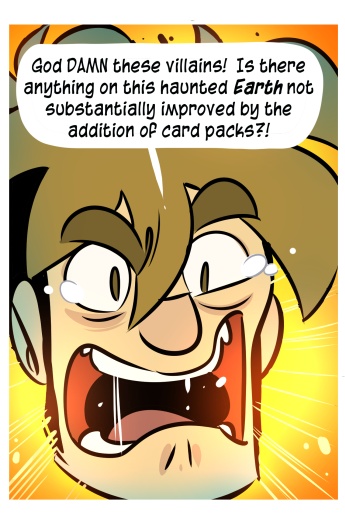 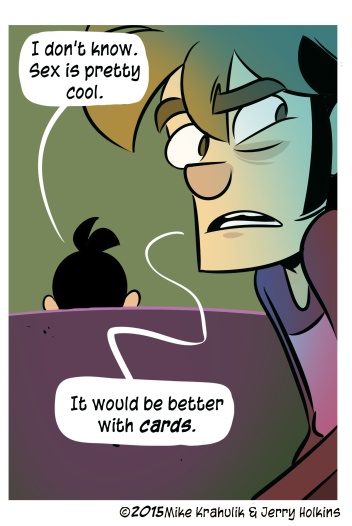 I can remember trying to get Gabriel to try Forza 5, hoping it might give him something to use on the system at all, but the launch was rough in general and eventually the whole box ended up in the closet. It would emerge for a season, groundhog-like, and then return chastened to its hole.

I can't remember if I talked about it or not, because I'm always talking about shit, but sometimes there are leading indicators for these things: switching to the PS4 for Netflix meant I wasn't going back to the Xbox One for much of anything there for awhile, wasn't connected to the continuum there. Gabriel was trying to buy Mad Max on the PS4, and it wouldn't let him for some reason, so he grabbed it on the Xbox One. Then he started giving a shit about what else was on there. Now he's played well over a day in real time of a racing game he's never liked before and indeed has specifically refused.

The cards are part of it, certainly. "Cardification" is more or less definitively the go-to route for prolonged engagement now; some games are only that, and nobody complains. I've read that it's an unnecessary addition in some quarters, and maybe that's true if you think cars are really awesome or whatever, but if you occasionally consider non-car topics in your daily life you might find that these collectible mods and single-serving buffs offer something akin to a zesty condiment. I'm asking for the opposite of no cards, in fact. I want more cards that do more things. I want to slot cards into the Drivatar, for example. Optimally, I would be able to play Forza 6 on a kitchen table using nothing but cards. Baby steps.

Like watching Top Gear, if Forza 6 can get you in the door at all - the demo might do that - you might find yourself weirdly drawn to these machines. My engagement with the game consists of burning his rarest cards on my doomed, middle of the pack finishes but also looking at the cars he's bought in Forzavista, and listening to the history behind the cars. Because of course it is. Whatever is the opposite of what he is doing is what I seek out and exemplify.

Twitch has an hour or so of Forza 6 gameplay from him if you want to see where he's gotten to after a week or so of dedicated play. He told me he wasn't really able to interact with the channel much during races because it was like driving and texting, except he was driving at over a hundred miles an hour. You occasionally get breaks, but until it's over, he exists in a kind of animal, prelinguistic state, where he and the car are synonyms.