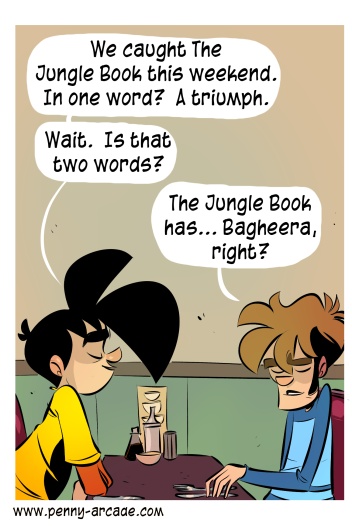 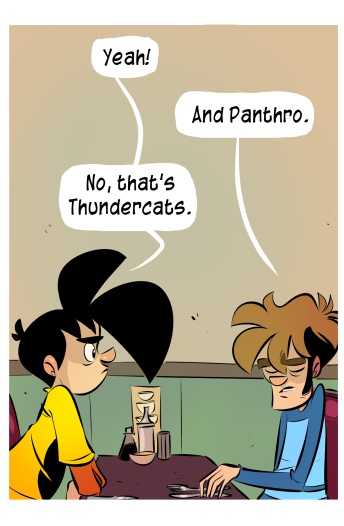 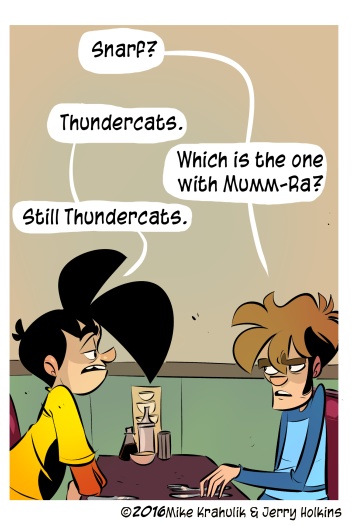 The word Snarf - by itself! - is enough to make me forget the trials and exhaustion of consciousness, if only for a little while. Today's comic is another installment of Real Conversation Theatre, where myself and my compatriot have and then subsequently immortalize the conversations that make Kara laugh when we're playing Destiny. Also: the new Strike is really short and it's hard not to call the new boss Maalox. So we call him Maalox, basically.

We've got fork-tender new videos from our Welcome To PAX series up today, starting with Indies:

And ending with Tabletop:

We didn't make this next video, and it's not even a video, it's a song. It's an Aesop Rock song about Aesop Rock's cat and I basically have it on repeat.

And hey, while we're posting video, I'm gonna go try to set up a stream with myself and Offworld Trading Company designer Soren Johnson where he will endeavor diligently to make me less stupid. Others have tried and failed - how will he fare? Let's find out.