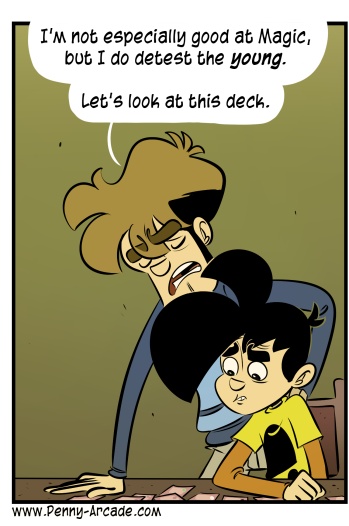 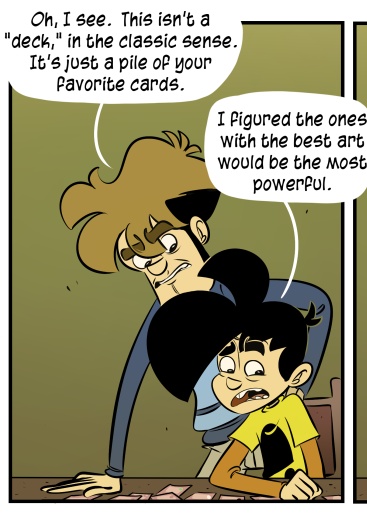 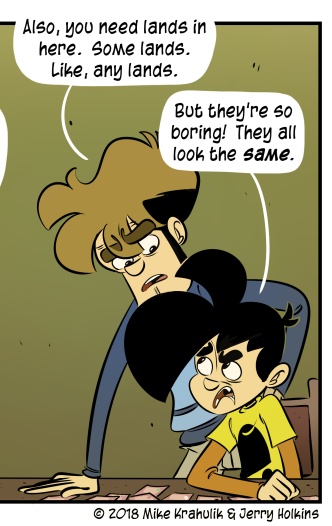 I mean, sometimes this rubric might work. Sometimes. Maybe. It's like if you choose your Pokemon based on your favorites. It works super well if all your favorites are also incredibly powerful and happen to create a harmonious symphony of types. That's a great scenario, and when it happens, look: it's something to celebrate.

Baseline Magic, where you make decks and murder people with them, is very intimidating for me. I feel like I'm entering my child in some kind of Kumite and it's not a good feeling. For some reason I tend to prefer all the games that sail in the weird orbit around the core: Commander, where you choose a cool nut and build a deck around it, is fun and a little more casual in feel. Two-Headed Giant is basically Magic: Co-op, which I like because it's possible to blame the life I've lived and the things I've done on competent others.

I've always been like that, though; I've always had whatever this disease is. I liked the WoW TCG, but mostly because they had a way to play against megapowerful bosses with cards that there like three times the regular size and you could get raid loot off them out of a booster pack. That's why.

I can keep about one set in my head at a time, that's just where I'm at; most of the Magic I play is drafting around packs when a new set comes out. If I put together something solid there, something whose operation feels good in my head, then I start using it in the other modes. I might play those other modes so long that I hit the next release. Then I typically wake up in the middle of the street, naked as the day I was born, sleeping in a nest made from bits of booster foil.