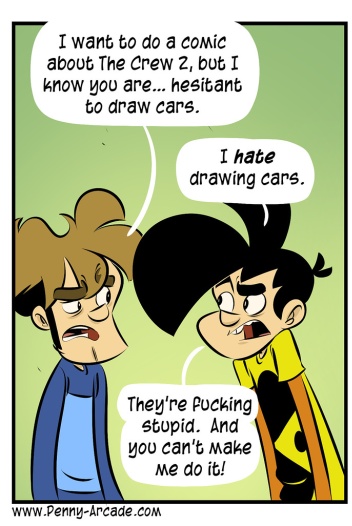 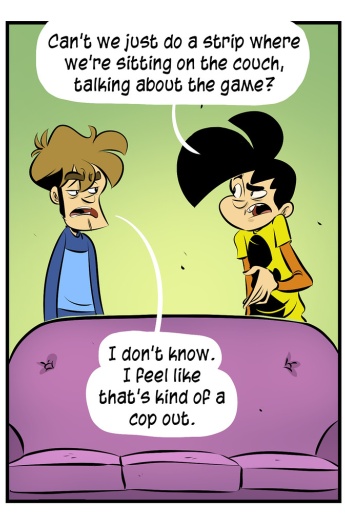 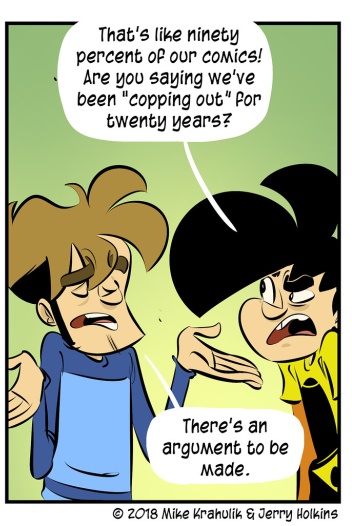 Certainly Mork has played it, and now I have as well. That is to say, The Crew 2. It's interesting. I'd love to talk about it.

I support what Groblin has said in the main: that these concepts map quite well onto an Action MMO constructs. He suggested Destiny, which works, but you could just as simply use The Division. There are games where you earn money and tune cars, Forza Horizon is probably the most compatible with me as a person, but it's simply a fact that I'm never gonna be somebody who goes way into that kind of stuff. Let me tell you what I am prepared to do.

I am prepared to race, and, upon having raced, scoop up a bushel of car parts that glow a bunch of different colors - colors which indicate their inner power.

In the same way that the truly legendary Card Hunter leverages the simplicity of RPG style inventory slots to enable a tasteful deckbuilding model, there's something about car modules rendered as chromatic, slottable "loot" that provides a truly graceful legibility in a context that I generally find impenetrable.

It doesn't currently feature what they call "PvP," competitive racing. Obviously you can race alongside your friends in events, and if somebody gets first place, everybody gets first place for purposes of rewards. But straight up competitive doesn't enter the game until December. Ordinarily, that sort of thing would not be a balm. I can't very well assess the value of spectral features. But if Ubi hadn't just come off Rainbow 6: Siege, The Division, and For Honor - niche-y but amazing games that were given time to grow, in concert with an audience they listen to - I'd be much harder on it. Now… I mean, now? I believe it. I want a living racing game I can play with my friends. Good thing somebody's making that.