When precisely a PAX ends is a philosophical thing. As I learned after the inaugural PAX South, for many attendees the show actually goes late into the night after the closing ceremony - and for Enforcers and Attendees, the show must be reduced to atoms and then transmitted to the next location. For me, PAX has two culminations: one, after we honor the Enforcers at the afterparty, and two (as previously described) when my phone is provisioned on my home network. Both things have come to pass. The portal is closed. 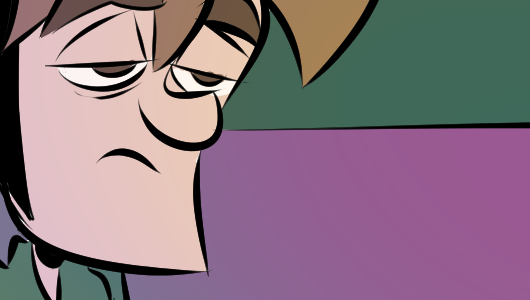 For my part, though, I am still ringing with it. We are so tired we can barely manage the act of sitting and moving our fingers with intention. I haven't returned to my original state, and to be frank, I don't entirely remember who I was before. I will have to make a serviceable being from the limbs and meat I find within a couple yards of my current position, and see if that organism is up to the task.

I want to thank Nintendo for letting us have one of their Super Mario Maker kits for the Omegathon, which was double fun, because I'd spent a little time each day floating the idea under my breath that the final round was in fact Rocket League. I would say this in a way that suggested that I was taking the person into confidence, which is a little mean, but yeah. I'm not the monk, or the frog, or the turtle in the story. I'm the other guy.

We had Morgan from Nintendo backstage with us, the creator of the level, which is a Super Mario version of PAX that takes you through the show's traditional touchstones - Tabletop, PC, that kind of stuff. They mean to release this level eventually, you'll be able to test yourself against it. But the reason we had him on hand was several-fold - we wanted him to see his level "performed," certainly. But believe this: the final round of the Omegathon was two or three runs away from our Armageddon Scenario, where we would haul Morgan on stage and let each contestant change one thing about the level and try again. Which, honestly, would have been the most incredible commercial for Super Mario Maker ever, but I digress. The level was mean as hell.

Of the two Omeganauts in the final round, Mighty was clearly the crowd favorite. Outside of a frenzied, borderline bestial run by his opponent Lysander on one of his first playthroughs, his opponent's performance had reached borderline fiasco status. The crowd wanted him chained to a rock and pecked by birds. As a PC gamer primarily, Lysander was plunged into a well of darkness. Or was it quenching oil? Because after another strong set of attempts by Mighty, Lysander rolled through the entire thing - he even ran underneath the final boss, a completely legitimate and recognized play for the Super Mario Bros. stalwart. Indeed, he was past the boss, and threw a couple half-hearted fireballs until he realized that against all fucking odds he had won a trip to the Tokyo Game Show. There are long odds, and then there are odds which require a PhD and a couple weeks use of the Large Hadron Collider to parse. This was the latter kind.

I talked to Mighty afterward, and he said something that I've heard the whole time about this crop of Omeganauts: they shared tips, they backed each other up. Lysander learned a lot from Mighty's runs, and got through; some measure of must accord to Mighty also, which is how the final round was designed. I'm very glad they were able to pull it off at all, though; after a half-hour or so of this performance, I pictured Gabriel and I on this stage for the next ten thousand years, while the Benaroya center and indeed our civilization at large crumbled and was rebuilt around us, never ceasing, in a hell dimension of our own twisted manufacture.