Good God; I always wondered what would happen when Nintendo went hard on mobile, and we're starting to see it. Super Mario Run and Fire Emblem Heroes couldn't be more different in terms of their relationship with the platforms, but they represent a kind of flanking maneuver on phones that increases not only damage but chance to hit. 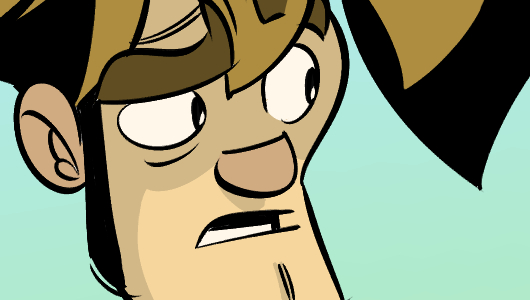 We have two strips about it, this is one of them, and details Gabriel's inability to honor and nourish the incredible relationship we have which is marked by almost two decades of startling works. What Gabriel has told me about Fire Emblem Heroes is that it is a Free To Play Game that is Free To Play but also a Game, which has historically been difficult. We have described F2P as a genre, a classification that rests heavy on the systems they define, exerting a warping effect on the experiences they compress. It has a psychologically potent method of unlocking heroes, which I'll go into on Friday, but if you like Fire Emblem there's actually enough Fire Emblem in there to recognize. When games undergo that state change from platform to platform, it doesn't always work that way.

Hey! We're going to try something different with this afternoon's stream - some live roleplay, which is a thing I understand some people do.

We're gonna hit up Dusk City Outlaws, a game being Kickstarted right now. It's a Rodney Thompson jam. He's designed all kinds of stuff, the roster is pretty ridiculous: D&D 5e, Lords of Fucking Waterdeep, Dark Sun 4e, the old Star Wars line they had at Wizards, he's also a Senior Designer at Bungie in addition to being the one of the people we trusted to finish, and retain, Gabe's vision for Thornwatch. He's looking to drop his first independent game now, this Dusk City Outlaws thing, which is basically Fantasy Ocean's Eleven. I want to know what that looks like. Do you? Then swing by around 2pm PST.