Having made a reality show myself, I'm aware that they don't project an authentic truth necessarily. You can change quite a bit about how something is perceived when you alter all the context that surrounds it, or do things in a different order. For example: I didn't come up with the idea that contestants in Strip Search should pin up their winning comics until, I think, the third Artist Battle. So, we just filmed them doing that as though it had always been done. We wove lies into a kind of textile. Your brain just sort of fills in the mortar. 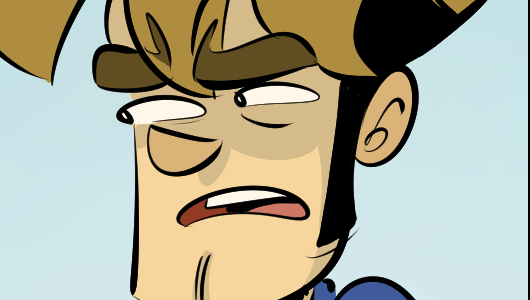 I legitimately don't know what to make of Fixer Upper, though. I don't hate the show. I think I might like the show; they have made it for me to like, and I am nothing if not polite. I just don't know what to think about this family. Is it a single subterranean organism, with a projecting series of grinning, fleshy limbs that only look like people? I'm pretty sure I like my family, but when I look at them I don't get so happy that my face catches on fire.

Our last sponsored stream for Gigantic starts today at 2:00pm PDT, situated on our tender channel. Like before, they gave us a heap o' Founder's Packs and we're gonna give 'em away for a couple hours.

We've had wizened-ass back-end platform sorcerer Alex in here, we've had Game Designer Henry Martinez and Environment Artist Tomas Gomez in here, and today we have another savory treat: Visual Designer Levin Sadsad, who used to work with us here at Penny Arcade and is super rad, and Lexxy Douglass, who does amazing art over there at Motiga but she is also the same Lexxy Douglass who you might remember from Strip Search! Basically, we've known them forever, and we're gonna pick their brains about some Gigantic topics. We might also discuss their videogame. We're gonna play the whole thing by ear.