I've wrapped up the main campaign for Destiny 2, and a bunch of stuff happens in it but the main, important thing is I can create a special, magical hole - and everyone's invited. Hole benefits include: 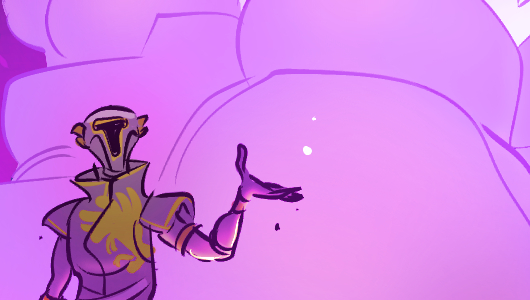 They did change shaders in a way that occasionally makes me look dumb and I'm not sure it's my favorite. I'm a boring person; I just try to make everything look as Dead Orbit as possible and I can get pretty close with Metro Shift. The problem isn't just that I'm boring, though - it's that I don't… see things? I guess? I don't know what things look like? I put together color schemes that look sort this way? So a Classic Destiny shader worked very well for me. I hit one button and then I sorta looked like I knew what the fuck was happening. There's a substantial potential for "me looking dumb" in the new system, which treats shaders more like dyes in other games. I liked the single shader, but I also like how I can shade my ship and my sparrow now. I also have like seventy uses of different shaders. I reserve the right to be incredibly angry about it later when I have enough shaders for everything but my helmet, but now I'm merely nervous about it.

I had the sort of night in Crucible that makes you come back later and play more Crucible. I originally went in there because of how they encourage you to do Goddamn near everything now - drops. When you collect rep tokens, you're working toward drops. If you have certain kinds of Ghosts, you can earn side currencies that build rep with certain characters for even more drops. Basically somebody at Bungie figured out that Destiny is about drops and with that realization they pay you for repeatable content in drops above and beyond what you'd get anyway.

In any case: Gabe, our friend Levin that used to work here, and myself essentially gnawed on the bones of foes for over an hour. I expect that I'll ultimately serve time for the things we did in there. I loved Halo's triumphant return to 4v4, and I love it here as well. I liked Osiris for the same reason - it feels substantially more tactical with this knob turned. Now, it does remove a fairly substantial avenue of Six Player Content, which I don't like. The new open world stuff seems like it would be a natural home for large groups, but we were surprised to learn that you aren't able to do that. I have thought of reasons why that might be but I've spent just as much time trying to figure out how, because I spend a lot more time in those settings now precisely because the philosophy behind them has shifted. I'd like to do it more often, and with more with more people. I suspect this is a common desire in a variety of contexts.