It was "The Christmas In September" yesterday, and Grab was surprisingly reasonable. There was very little lording over which was a delicious change of pace. This moment of gentle reflection would not have been grist for a comic strip. 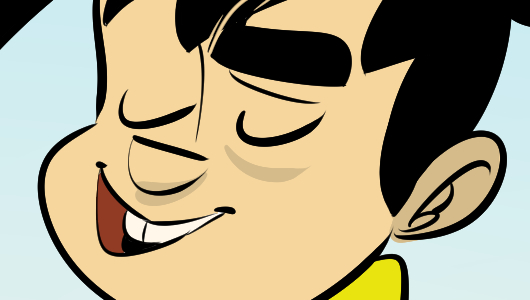 The actual birth of the product will be catalogued in a Podcast not long from now, but in the meantime here is a strip to tide you over.

I do feel like I've written negative one novels, though; that part is real. I have a fantasy that it's simply not the right time, but I don't know if that's actually true. I finished up all the writing for the Thornwatch game, and somehow - the details are hazy - I stream five days a week? It's not like I'm not doing shit. I am a little scared about what happens when I don't have all these plates in the air, though. I don't mean in the near term, I'm a fucking plate factory. I mean when my Plate Factory days are over and it's just me and Brenna and whatever animals we managed to keep alive. I think I'm really, really going to need a hobby, with the same intensity that a man needs a piece of his ship's wreckage to stay afloat. Right now I have conceptualized this vital, bouyant hunk as the writing of novels.

The Child's Play Team has put the merchandise they've been offering at shows up on the store - their stuff is real cool, and rarely lasts long on the shelf. Tickets are also available for the Child's Play Charity Dinner & Auction, either as singles or table sponsorships. Imagine knowing what you were going to do on a particular night, several months from now. Think of the certainty. It's something like prophecy - and that's something we offer on the store.