Something people who like Star Wars sometimes discuss is the prevalence of Carbonite Freezing in the setting's various Expanded Universe excursions. It's undeniably one of the more rad things about Empire - and the Han that emerges from that device is decidedly more horrifying than the one we see in Jabba's palace. It's a skin-tight sarcophagus. There are a lot of things to be scared of here. But it's so novel, so experimental, that Han is simply a test of the device. The implication is that it's not common. But it seems to show up a lot. So. 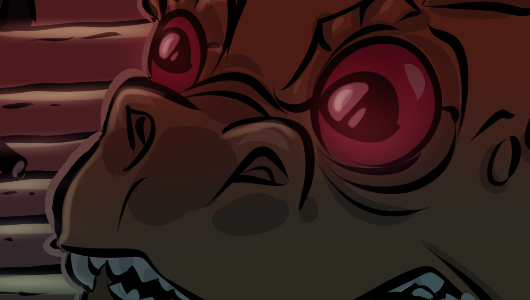 It's the sort of rind my head likes to chew on. I enjoy puzzles like this; Star Wars is so stripmined at this point that it's not like I feel any particular compulsion to perform free labor for them. They made their money back on me already. But the cultural import of a crime lord making an example of a smuggler in this way… the effect it has on other crime lords, and the people they send to get you, the practicalities of bounty hunting, I mean… Yeah. I can think about this a good long while.

Mork and I are gonna gnaw, like, you know… a Rancor, or whatever, on this Star Wars Jedi: Fall Order shit at 2pm PST today. This link will deliver you to our lair, which another Rancor-type thing, if you really think about it.