Are you getting more emails from your family members about The Beast, and his Mark? Because I am. 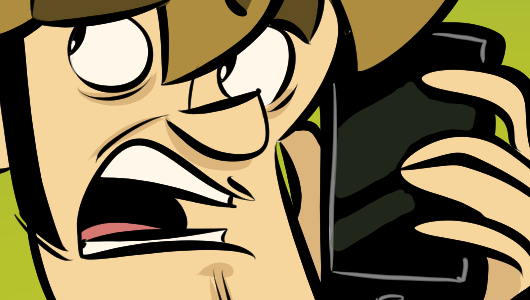 We've utilized it as material before, but just in case, I should firmly establish that I hail from a religious tradition that, you know, has an apocalyptic bent. I think generally it's called Pentecostal. I haven't been hooked into anything like that since '93 or so; I'm not sure where they might have gotten to by now. I have some weird voids culturally, because there were certain aspects of "The Secular World" that were off limits or severely curtailed; I was blown away the theme song to Netflix's GLOW because I thought they had somehow captured a tremendous amount of eighties spirit in an original song but no, that's just a literal real song called The Warrior. That… certainly is a video. It implies a greater Warrior IP I'd love to see explored in graphic novels.

I told her to just send me a link every time she found something she got worried about, and they started coming in fast. But then she started finding me the counter-examples and putting those in-line with the other ones, and I was like… yes. I won't have to do shit, and I was only nominally present for this journey of self-discovery. But there's too much of it out there, and we were both primed to arrange data in some specific ways. So, if your model of the universe and its phenomena is a kind of funnel that leads inexorably to the Book of Revelations, you always get there anyway. You can't not get there. Anyway, to sum up our last conversation, Microdots aren't Microchips. And Facebook is Elder Abuse.