Woof, as they say. 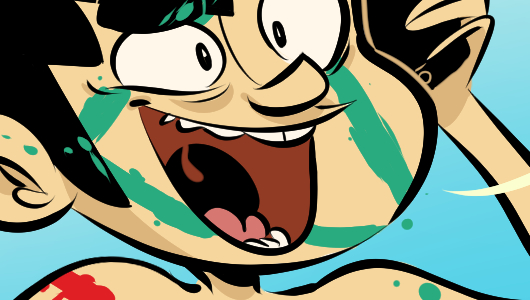 The only genuinely surprising thing about it is that they're offering a Digital Only version, which is the only kind I'm interested in anyway. The only disc I've gotten for the Playstation 4 is Spider-Man, and that's because it came with the version of the Playstation I bought. The question that remains is whether or not that one has a different price than the other one. Or more storage. Or, shit - store credit. There are a million levers to turn here and they all redound to Sony's benefit.

I don't think Sony's understanding of how a digital platform should work is as robust as Microsoft's, what it should do as a service, what should happen with saves, but some of these concerns are fairly boutique - they dropped an avalanche of content, richly studded with exclusives, and then they dropped a box that looks like a sandwich designed by Syd Mead. What a victory lap - this is what dominion looks like. These generational shifts used to represent opportunities for competitors - breaking compatibility meant that impossible shake-ups like the 360/PS3 were possible. I don't think that's possible anymore. You have to do something completely orthogonal, like a home/portable hybrid, or you have to make the true product the service underneath it to even tread water.

Gonna stream Motorsports Manager at 2pm PDT. You'll know it's the Motorsports Manager stream because there will be cars on there, and we'll be making decisions directly related to the cars. Our new driver Enriqua Lara managed a top six finish even with literally every force on earth rallied against her; God only knows what she'll deliver on an even playing field.